AN UNSTOPPALE ENTREPRENEUR...Encouraging people to Take Action and become The World Transforming Leaders they were Born to Be. IT'S THE START THAT STOP MOST PEOPLE...DON'T LET THE START STOP YOU. BE UNSTOPPABLE!!!

Where Users Own Their Content And Get Paid For It

Where Users Own Their Content And Get Paid For It 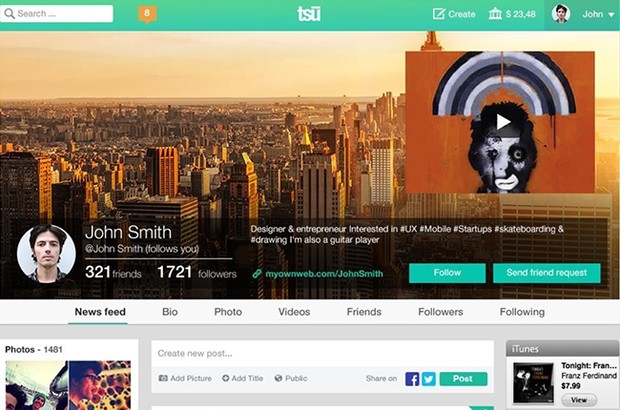 The Social Media giants may be in trouble!

Now this has been the norm ever since the beginning of this digital age, but a revolutionary idea has come along looking to change everything around!

Tsu is the first social network that is opening up its bank to share 90% of the revenue generated with it’s users. It just launched on the 21st, and its algorithm intends to re-distribute sales revenue directly to its source. TSU also works on an invite-only basis.

DO YOU WANT TO JOIN? CLICK HERE FOR AN INVITE FROM US TO YOU. 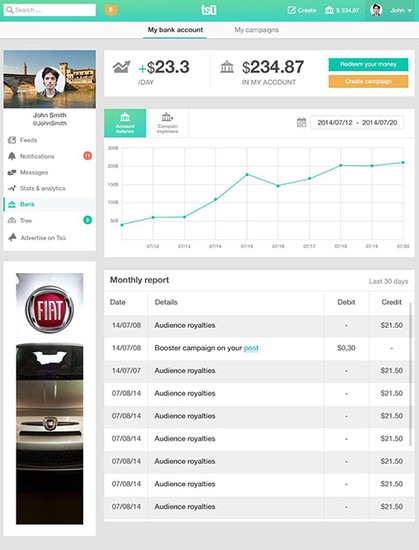 According to Tsu’s founder, Sebastian Sobczak:

According to Tsu’s founder, Sebastian Sobczak:

“Established social networks have built amazing business models prospering on the total monetization of free user-generated content. Why should anyone commercially benefit from someone else’s image, likeness and work giving no financial return to the owner? The markets we participate in are enormous, growing and can materially compensate each user — we’re simply and uniquely rewarding the users who are doing all the work. This is the way the world should work.”

CONFUSED? I WAS A LITTLE AT FIRST TOO.

That 50% of profits propagates in a series of infinite thirds up a ‘family tree’ of users that begin with the original content owner. The person who invited him is the parent, and they get a third. The person who invited that person is a ‘grandparent’ and received a third of that third. So it’s like one giant pay-it-forward platform.

So make sure to invite all your friends because Tsu only works if we decide we want it to. So Join the social media revolution and take back ownership of your social content! 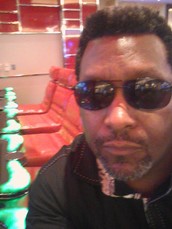 AN UNSTOPPALE ENTREPRENEUR...Encouraging people to Take Action and become The World Transforming Leaders they were Born to Be. IT'S THE START THAT STOP MOST PEOPLE...DON'T LET THE START STOP YOU. BE UNSTOPPABLE!!!