Get email updates from Eduardo:

Throughout time there has been many marvelous structures that have been man made but none hold are as marvelous as The Big Ben. The Big was a key witness throughout Britain's history. Here you will learn about the keys and uniqueness of the clock tower. When you're done reading this you will understand the significance of this glorious monument and see it through the eyes of the tower.

Along with construction a lot of thought was put into the design of the clock tower. The clocktower is made out of a tan like stone. Over time the tower has faced erosion, destruction, and as a result reconstruction. This is a result of the tower being built off of a smaller and older version during the 1800's. But the tower still stands today even after all that it's been through. 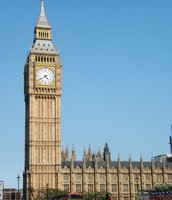 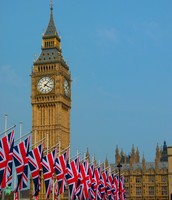 There is many things that you don't know about the Big Ben here are a couple. The Big Ben is the Bell inside what is actually called the Elizabeth Tower. The bell is so loud that it can be heard as far as nine miles away. The bell weighs as much as 13 tons altogether. According to a parliamentary report, the Big Ben may stop working if it is not refurbished in a couple of years.

Nonetheless the tower still stands tall and firm being a landmark not just to be marveled by Britain but by the world. This tower has witnessed it's country's historic events and has been around for quite a while. No matter where in the world you are this is a true beauty to all who witness this beautiful structure.