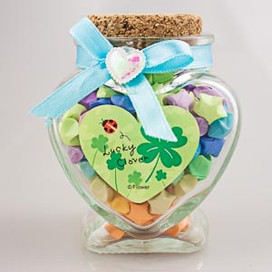 Carisa is using Smore newsletters to spread the word online.

Get email updates from Carisa:

What are Red Wolves?

The Red Wolf is a shy wolf that has a cinamon colored pelt that range from cinnamon red, to grey and black with a white belly. They weigh about 45-80 pounds and is about 26 inches from foot to shoulder. Red wolves communicate by body movements and howling. They also used to roam wildly in the east coast. However, due to habitat lost, hunting, and animal control. Now the red wolf is endangered and we have about 50-400 left. (ERW, RWRP, INLD, CAB, (3B))

Red wolves can live anywhere between north Pennsylvania to central and southern Texas. However, due to habitat lost, they now are only in a small range in The Smokey Mountains of Tennessee, and the Alligator River National Wildlife Refuge in North Carolina. Red Wolves prefer live in deciduous forests but they can live in many different environments such as mountain ranges, swamps, coastal prairie, etc. (ERW, DAW, RWRP, NW, (TR))

Red Wolves are excellent in camouflaging. This helps them in hunting as well as protecting themselves. Red Wolves have large ears so they can release body heat efficiently.They also can to tolerate to hot and humid conditions in summer. Unlike other canines, they are able to survive heartworm-infestation (a disease).Their metabolic system has adapted to be tolerant to alternating seasons of hunting and hunger. (YA, (NYW))

Red wolves usually hunt in pairs or by theirselves. Their diet consists 50% white tailed deer, 30% raccoons, and 20% small mammals such as rabbits, rodents, etc. Since they hunt in alone or in pairs, they are powerful enough to take down animals themselves without the help of others. (ERW, DAW, 2B))

Red Wolves have Fun too!

Red wolves usually mate between February through March. In most red wolf packs, there would be one breeding pair of wolves. Only the Alpha male and female mate though. Usually, when Red wolves mate, there would be 2-6 pups. (ERW, DAW, (USFWS))

These wolves have a charachteristic howl that they communicate in. They also use body language such as licking, showing teeth, flicking of tail, and more. (ERW, USFWS, (NYW))

Red Wolves are really shy animals. These animals can be ferocious but they are generally shy and stay away from people. To prove this, there has been no record of a person being attacked by a red wolf despite it's 500 year existence. (ERW, (SWH))

This service was the first to capture and reintroduce the Red Wolves. Starting with the last 14 Wolves, in 1980, they kept them in captive breeding facilities and gradually reintroduced them back into the wild. Then, in 1987, they released the first red wolfs into the wild in North Carolina where the Alligator Wildlife Refuge took place. Then the second release in the Smoky Mountains, Tennese.
They are still trying to reintroduce these wolves to the wild and their goal is to have 550 red wolves into the wild. (ERW, USFWS, (WM))

Carisa is using Smore newsletters to spread the word online.

Follow Carisa Li
Contact Carisa Li
Embed code is for website/blog and not email. To embed your newsletter in a Mass Notification System, click HERE to see how or reach out to support@smore.com
close