Andi is using Smore newsletters to spread the word online.

Get email updates from Andi:

Rising heat-trapping gasses such as carbon dioxide have caused Earths atmosphere to warm up. This climate change is called Global Warming. Global Warming can be very dangerous, causing intense storms and floods, fires/droughts, sea levels to rise, melting snow/ice, and extreme heat waves. These can be a risk human health, our coastlines, fresh water, forests, and agriculture. This issue is so controversial because no one knows exactly what to do to fix climate change. The methods we are using now to help fix global warming are costly and lots of people are against that. In fact, even the cause of climate change is controversial. Some scientists say that global warming isn't caused by humans, while others say it is.

Donald Trump, Republican candidate, does not believe in climate change. Trump says he won't do anything about climate change because it is fake. He will, however, cancel the Paris Agreement, which addresses climate change.

"The concept of global warming was created by and for the Chinese in order to make U.S. manufacturing non-competitive" - Tweeted by Donald Trump

To contradict this statement, Donald Trump allegedly asked for a permit to build a seawall around the Trump International Golf Links and Hotel Ireland, so as to protect it from rising sea levels, an effect of global warming. The Republican Party doesn't have much to say about global warming, but most are in the same boat as Donald Trump: Global warming doesn't exist. 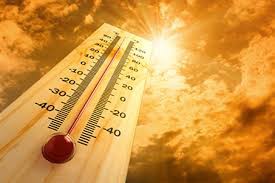 "Those people on the other side, they will answer any question about climate change by saying, 'I'm not a scientist.' Well, I'm not a scientist either. I'm just a grandmother with two eyes and a brain." - Hillary Clinton

The Democrats want to preserve the environment for the future. Their platform states that, "climate change poses a real and urgent threat to our economy, our national security, and our children's health and features."

Gary Johnson: Thinks climate change is real and that we should prevent future harm 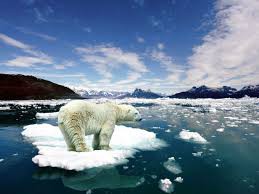 organizations who want to fix the issue

There isn't any organizations necessarily who are for climate change to continue, but about 31,000 scientists signed a petition saying they don't believe in man made global warming, and that we can't really do anything about it.

I believe that global warming is real and that we should do as much as we can to prevent it.

Andi is using Smore newsletters to spread the word online.