Get email updates from Regina: 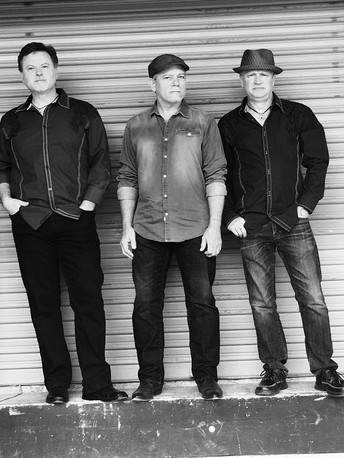 The 3 Amigos consist of 3 talented local musicians, Trace Mitchell, Joe Mansir and Randy Jeter. They perform a combination of classic to current rock, pop and country hits from the 70's through today. These professional musicians have performed with popular bands throughout the USA and abroad! Audiences will be engaged from the first note to the last with their "feel good" and interactive performance ...Guaranteed to rock your soul! 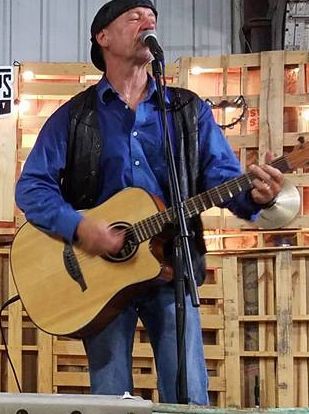 Eric Erickson has been performing in and around the D/FW area for the last 25 years at places like Zin Zen, Kirby's Steakhouse, Harvest, Lekka, Marcus Cafe, and others. Eric has a vast range of music in his song list, covers many styles of music, including over 1000 selections of everything from John Mayer to George Strait. Eric and his family currently live in McKinney, Tx. 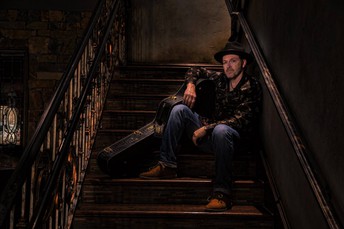 Shane Frame is a Texas singer songwriter and multi instrumentalist from McKinney Texas. His back story is filled with experiences touring across the country performing and penning songs in Nashville with some of the best songwriters the music industry has to offer.

A 5 year old boy, the Ed Sullivan Show, and the Beatles. For me that was a recipe that stirred up a passion that to this day burns deep in my soul. Music consumed my life as a child and as an adult. I am one of the blessed few fortunate enough to make it my profession for so many years. It has taken me to places I never dreamed as well as taken me back to times I will never forget.
After 20 years in the music business, working and living in Nashville Tennessee, I relocated back to Texas and went into semi retirement to focus on a family and a business career. I am very blessed to have partnered up with two of the most awesome souls on the planet, George Fuller and Maylee Thomas, to establish The Guitar Sanctuary and Performance Academy in McKinney Texas. The worlds coolest boutique guitar shop and music school. There I am able to share my passion and experience for music with up and coming artist through mentoring and performance programs. I still perform weekly in the McKinney, Allen, Plano, & Frisco Texas doing my originals and unique unplugged versions of songs that keep us young. 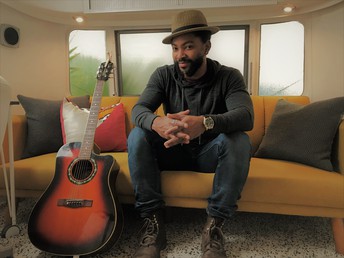 Those who hear Luqman often share the sentiment, "he's got an old soul." Listen to him play a few songs, and you can hear echoes of the music he grew up on from a classic generation. Ask Luqman about the music that has influenced his style, and he would say, "Everyone and everything." Soul, Folk, Blues, Country, and Pop were among the musical styles that Luqman experienced as a child.

Since 2011, Luqman has been making a name for himself performing in his city: Dallas, Texas. Some of his notable accomplishments include open call auditioning in Austin, Texas, for "The Voice: Season 6," in 2013, moving him forward to Los Angeles, California, for "The Voice: The Blind Auditions." Only one of every 75,000 artists make it to this stage of "The Voice." In 2015, he was asked to privately audition in Dallas to be a contestant on the final season of "American Idol: The Farewell Season." That audition took him back to L.A where he enjoyed a short stint on the show, performing his way through to Hollywood Week: Group Rounds. His time on the show came to an end shortly after, but not before a band member gave him wise words, "Continue on the journey!"

Luqman continues the journey as a full time musician and songwriter, writing and performing a blend of original music and renditions in diverse venues across the DFW metroplex and beyond. 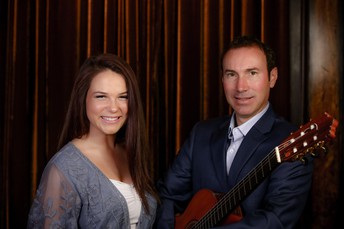 Acoustically Speaking featuring James Gabriano and singer/songwriter Alex Smolen captures elements of acoustic pop, classic rock, R&B, and smooth jazz. The combination of rhythmic acoustic guitar, soulful vocals, and tasteful percussion provides a classy backdrop to any venue. Specializing in current top 40 with an acoustic flair, Acoustically Speaking is able to connect with a diverse audience from any generation. The Trio is perfect for any sized event including corporate parties, weddings, grand openings, birthdays, and more. 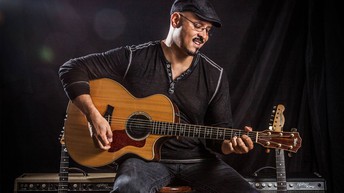 Being born in Baton Rouge, Louisiana, but calling Jennings, Louisiana home, I’ve been surrounded by Rhythm & Blues and Soul music music as far back as I can remember. My grandparents introduced me to the sounds of the greats: Muddy Waters, Robert Johnson, Elmore James, Blind Lemon Jefferson, Willie Dixon, Howlin’ Wolf, the ‘Kings’ (BB, Freddy, & Albert), etc. Since the day I got my first pawn shop guitar, music made sense, but I never saw myself making a living at it. Growing up, I played that guitar almost every day. It was my release and my favorite thing to do. After high school, I went to college at Baylor University, but was consumed with school and sports (baseball) so I lost touch with playing although I spent every spare dime on used cassettes or CDs. Robert Cray, Eric Clapton, Jimi Hendrix, Prince, Buddy Guy, Albert Collins, Michael Jackson, Stevie Ray Vaughn…the list is endless.

After college, I picked up my guitar again and became completely consumed with jazz. Django Reinhardt, Charlie Christian, George Benson, Pat Metheny, Joe Pass, Wes Montgomery, Norman Brown, Mark Whitfield, and countless others. In the mid-90’s, I got a job and made friends with some local Dallas musicians who convinced me to audition for a popular blues band called ‘Shame, Shame’. They were kind enough to hire me even though I completely blew the audition. Combined, the other members had over 70 years of playing experience. I had none. The lessons they taught me I still use today. They allowed me to do things creatively I never thought possible. After a couple of great years, I thought it was time to try my own thing. I sadly left them to start my own band, but as the saying goes, “be careful what you wish for!” The next few years taught me some hard lessons and I eventually had to put my own plans on hold. I spent a few years working, writing songs with friends, and touring as a backup musician for multiple acts. 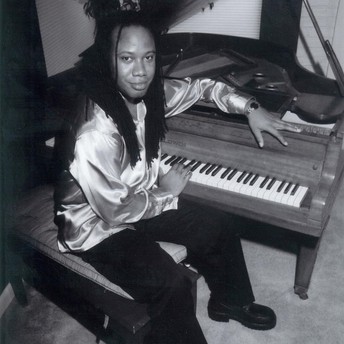 Over the past two decades,Darwin Martin has been affiliated in a varied array of musical settings in Texas,the U.S and international stages.

After studies at UNT,he worked for Disney in Florida.

His career as a session musician began 1994, he recorded Hammond B-3 on alternative rock group Sister Hazel' smash top 10 album "Somewhere More Familiar”.That effort garnered him both a platinum and gold album .In 1998,he experienced the great fortune of direct mentorship by the late legendary keyboardist Joe Sample and the legendary bassist,Chuck Rainey.Two years ago,Martin reunited with Mr. Chuck Rainey and drummer/producer John Martinez for their ongoing”Rhythm Intensive” music instruction/lecture series.

In 2008,Martin contributed to the soundtrack of Adam Sandler movie,"Bedtime Stories".

As a freelance keyboardist,Mr.Martin backed such legendary artists/national acts as Larry Carlton, Lee Ritenour, Richard Elliot, Ben E. E King, Peabo Bryson, Regina Belle and The Goo Goo Dolls. Mr.Martin has worked as an arranger/accompanist/music director for the Dallas Theatre Center and various civc functions in the DFW area .He also leads his own trio and other ensembles. 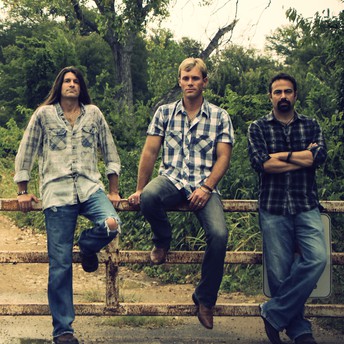 Zack King and his band have been performing their unique brand of Texas Rock across the U.S. for over 16 years. In that time they have played with some of the most illustrious superstars in rock and country music. They kicked off their career opening for legendary singer/songwriter Leon Russell and have since performed with the likes of Bon Jovi, Alabama, Chris Cagle, Bret Michaels, Randy Travis, Keith Anderson, Kevin Fowler, Stone Temple Pilots, Tesla, Ronnie Milsap, Monte Montgomery and many more.

The NHL's Dallas Stars have been using Zack King songs for years both at Dallas' American Airlines Center during home games as well as in advertising and promotion for the team. The band's single "What Do You Say” has been used by CBS Television in Dallas/Fort Worth to promote programming. Their song "Big Plan In The Southland" is the theme song for CBS' DFW Outdoorsman. The band has also released four successful Christmas Classics in their own unique "unplugged" style. 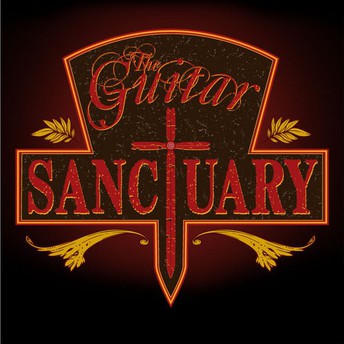 Facebook @GuitarSanctuary
Each month, Shane Frame hosts customers of The Guitar Sanctuary to perform at Zin Zen. The line up of musicians varies each month, but you are always guaranteed to enjoy the amazing talent of our local musicians!
theguitarsanctuary.com/

Follow Regina Reed
Contact Regina Reed
Embed code is for website/blog and not email. To embed your newsletter in a Mass Notification System, click HERE to see how or reach out to support@smore.com
close