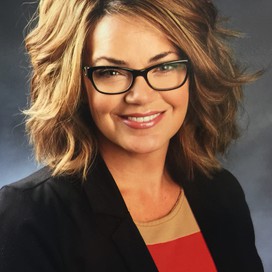 Get email updates from KRISTIE: 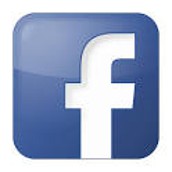 PWHS now has a Facebook page. Like and share our page to get up-to-date information dealing with our school. Want something shared? See Mrs. Copley, Mrs. Ginn, or Mrs. Wilkinson to publish information or notices on the high school Facebook page. 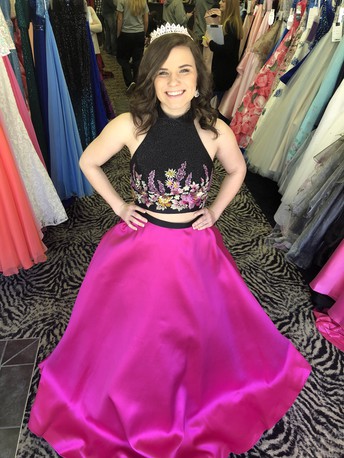 Congratulations to Junior Molly Taylor who was selected by the student body to represent Portsmouth West High School in the Portsmouth Riverdays Pageant.

Each River Days candidate must choose a platform to benefit the community. Taylor's platform, entitled UP, stands for Ultimate Positivity leads to unlimited possibilities. "My plan is to motivate others to think positively by giving them encouragement to face their problems as opportunities," said Taylor.

If you would like to increase Taylor's chance of winning The People's Choice Award click here to donate.

Les Misérables sells out each performance

PWHS Music Department's first-ever staged in concert production of Les Misérables sold out prior to showtimes on Feb. 23 and Feb. 24. However, there is still an opportunity to see the talented actors in action this year. The next production will be a full-scale musical rendition of Beauty and the Beast scheduled for the second week of May. This will be the first time in many years, possibly ever, that the music department has endeavored to perform two productions in one school year.

Photos and video courtesy of Mr. and Mrs. Guilliams 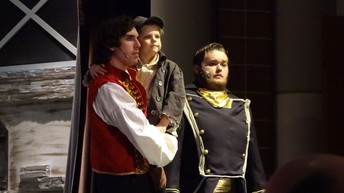 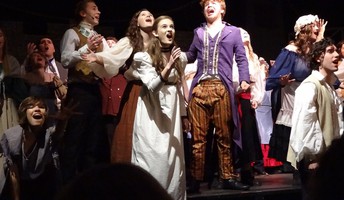 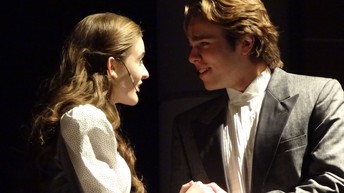 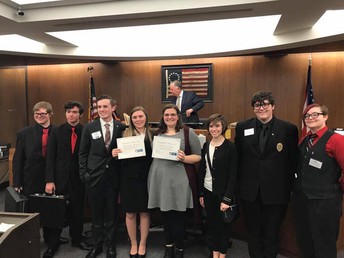 Portsmouth West High School Mock Trial Team competed Thursday, March 8, at the state competition held at the Franklin County Courthouse. The team performed well but fell short in its efforts to make it to the national competition. The prosecution side won its match against Logan. The defense tied West Jefferson and, then, lost by one point. West placed in the top 18 teams in the state this year and had five trial wins overall and 10 outstanding awards. Sophomore Whitney Campbell received Best Attorney award at state, and senior Jordan Willis won Best Witness. 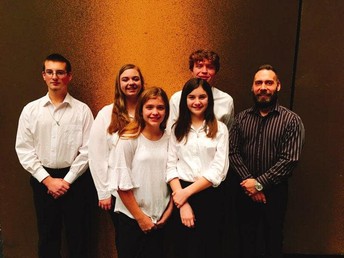 Congratulations to all West band students who performed with the Scioto County Honors Band.

PWHS Key Club collected over 400 items to donate to homeless veteran’s living in the Columbus area. Students were challenged to bring in items to their first period classes, and the winning class would receive a reward. Mrs. Ginn's first-period class was rewarded with donuts for contributing 171 items. All items were collected will be given to Volunteers of America (Greater Ohio), a non-profit organization that not only supplies homeless veteran’s with these supplies but also helps with career searches and interview preparation.

At the time of this publication, boys' AP teams have not yet been announced.

recent STUDENTS OF THE MONTH 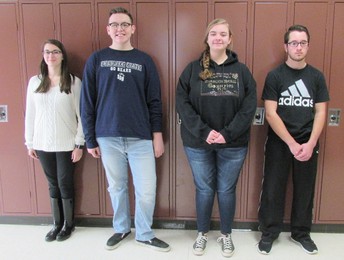 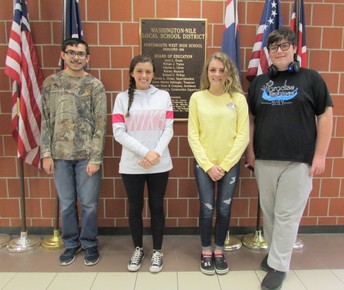 PWHS's January 2018 Students of the Month 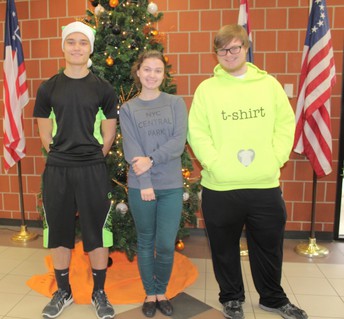 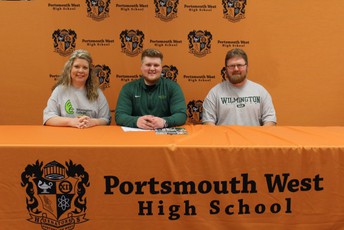 Caleb Deaver signed a letter of intent to play football at Wilmington. 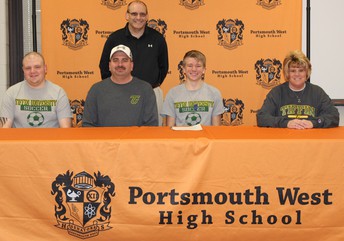 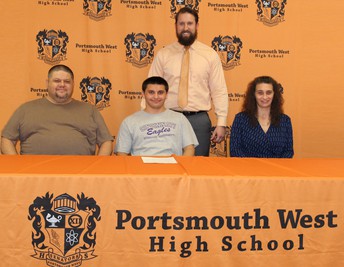 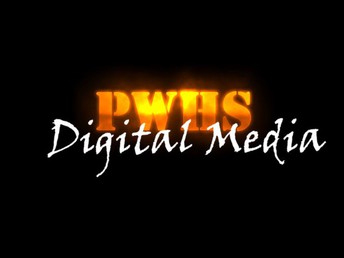