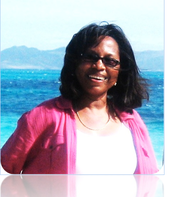 In 2012, Judith Rogers was identified by the NationaL Network of Libraries of Medicine (NN/NLM), Southeastern/Atlantic Region, as an Inspiring Person in the Region. At that time she was Manager of the Learning Resources & Faculty Technology Services, at the University of the Virgin Islands. She was interviewed by Nancy Peterson, in Sea Currents, and was asked What is the biggest challenge in what you do? And Rogers responded:

Developing professional staff who “buy-in” to the vision that effective promoting, teaching and program outreach is very necessary for succession planning. But, that is also our major challenge. In the environment of Internet and social media, some may feel that human interaction for outreach and communicating the value of the profession is diminished. In fact, it is even more important for ensuring that libraries get attention as dynamic entities that meet communities where they are, and provide solutions for their critical needs of daily living.

On January 6, 2013, interviewed by the editors of the 50th Anniversary of the University of the Virgin Islands, We are UVI, Stories of our Past, Judith presents her roots in the library field. She began her steps in the field as a library student assistant in the 1970’s at the then College of the Virgin Island. After pursuing a secretarial program at the CVI, she worked as tutor in the Upward Bound program in the College under the mentorship Melba Biggs, program director. It was in this program that she was initiated her into the educational role she developed later on.

She recognizes Dr. Henry Chang, Director, and Marjorie Masters, at the Bureau of Libraries, Museums and Archaeological Services of the US Virgin Islands, as the key library specialists who introduced her to the field and who pointed out “the critical role of librarians in life-long learning”. The were models to her, “Paying attention to detail, ensuring organization and orderliness of collections and processes, encouraging faculty involvement in collection development to support academic programs, and providing high quality customer service…” When she became Campus Librarian at the UVI, St Croix, she knew that she had to follow their steps.

She pursued a Bachelor’s degree in Psychology, from Augusta College in Georgia (USA), and received a scholarship from the Medical Library Assocition to pursue a Master in Library and Information Science, from the University of South Carolina, at Columbia (USA), which she earned in 1991. In her brilliant career, she has earned various certificates in specialized areas that have contributed to enrich her personal and professional development, among them: Online Faculty Training, University of California, Irvine 2013; the Mediator Certificate of the Training Institute International, St. Thomas, VI, Workplace Emphasis, in 2008; the Leadership Certificate, from the Leadership Institute for Academic Librarians, aHarvard Graduate School of Education, Institute for Higher Education, Cambridge, MA, in 2007; the ACRL Training for developing and managing Library Instruction Programs in 2001; and many others.

Rogers was Campus Librarian at the University of the Virgin Islands, St. Croix Campus, from 1994-2005; became Manager of Learning Resources and Faculty Technology Services, at the St Croix Campus, from 2005-2012; and in 2013 became Director of Libraries and Information Technology at the University of the Virgin Islands http://www.uvi.edu/academics/libraries/ . In this position, she provides oversight for library staff and operations of the two campus libraries; plans and implements projects to achieve strategic objectives.

Rogers has been involved with the Digital Library of the Caribbean (dLOC) project since 2009, as project co-director for implementation and promotion. She assisted the project in grant proposal development to continue collaborative of the Digital Library of the Caribbean project with a focus on creating a newspaper archive for the region. On 2014, the dLOC project celebrates its 10th Anniversary.

She has been an instrumental person in the rescuing and development of
digital resources in the Virgin Islands and, particularly, of the Virgin Islands Caribbean Cultural Center (VICCC http://www.viccc.net/ ) in which she is a member of the Advisory Council.

As indicated in the About Us on the web Portal,

The VICCC is nestled within the College of Liberal Arts and Social Sciences (CLASS) at the University of the Virgin Islands (UVI), and it is integrated and complementary to the academic and intellectual pursuits of the University’s Strategic Plan 2017—Pathways to Greatness. With visionary leadership of UVI President Dr. David Hall, the work and course initiatives of the late UVI Professor Dr. Gene K. Emanuel, and many other UVI scholars, UVI students, Caribbean cultural tradition keepers along with members of the VI and Caribbean community, the VICCC was officially launched in November 2012. VICCC supports the “Historically American, Uniquely Caribbean, Globally Interactive” academy, infrastructure and extracurricular visions of UVI while sustaining and nurturing educational engagement and networking on Virgin Islands and Caribbean cultural heritage, traditions, narratives and more.


In 2008 the University Library, University of the Virgin Islands, St. Croix Campus was selected as institutional member of ACURIL’s Executive Council and Judith Rogers served as the representative of the institution. She also chairs the Special Interest Group on Information Technologies for which she has continuously coordinated and presented a variety of topics in ACURIL’s annual conferences contributing to the acquisition of knowledge and skills development of the membership.

Among her publications are:

Building a Digital Library of the Caribbean: Crossing borders. In Caribbean Libraries in the 21st Century, by Erich Kesse, Catherine M. Marsicek, and Judith V. Rogers, 2007.

Promoting information literacy through the arts: An innovative approach to youth development — Judith V. Rogers and Meerabai Gosine–Boodoo. In World Libraries, vol. 18, no 1, 2010. Retrieved from: http://www.worlib.org/vol18no1/rogers1_v18n1.shtml

Judith Vanterpool Rogers, 1976. We are UVI Stories of our Past… Retrieved from http://weareuvi.blogspot.com/2013/01/judith-vanterpool-rogers-1976.html

You are cordially invited to attend The ACURILEAN Evening of Awards and Banquet,
to be held on Thursday, June 12, 2014, at the Melia Nassau Beach Hotel,
to distinguish and celebrate the outstanding performance
of institutions and colleagues.