News from the Superintendent

News from the Superintendent

This newsletter is dedicated to athletics in the Barnegat schools. There are not many schools that can brag about the performance of our athletes like Barnegat can so dedicating a Newsletter to sports struck a chord with me when thinking of spreading the good news to our families.

Considering that Barnegat High School is only thirteen years young we have accomplished quite a lot in a short amount of time and this year is no different. In Basketball, our very own Mike Revello recently scored his 1000th point as a Bengal. Scoring 1000 points in a basketball career is no meager feat. The accomplishment means Revello needs to remain focussed, practice hitting the net over and over and over again, avoid injury, and be skilled at getting around his opponents.

Speaking of basketball, our head coach Mr. Puorro also had a huge success this season. With his bengal basketball players, he has received his 100th career win. For a high school so young, we have made some great strides quite rapidly.

Not to be outdone, our girls basketball team has also had a spectacular season. Under the coaching leadership of Coach Nicolini, Shannon McCoy also scored her 1000th point this season. It is virtually unheard of to have both the boys and girls basketball teams have great seasons AND have a male and female player both score 1000 points in the same season.

This season Coach Cherry celebrates her 100th career win as a head coach. Although Coach Cherry co-coaches with Coach Kane and has previous coaching experience before coming to Barnegat, the win is just as exciting. She has a positive, infectious attitude about swimming and Coach Cherry inspires her athletes to push themselves to beat their own personal records. Congratulations to all our swimmers and to Coach Cherry for getting her 100th career win. Click the link below for the full story.

Recently Barnegat High School Football was recognized for being one of only three teams in Ocean County with over a 500 season in ten years. This means that our Bengals are consistently winning games. Although we have not yet received a state title, we have received division titles. The legacy that Coach Davis is creating is that of a consistently competitive team who produces great athletes and wins games. We're proud of the Bengals progress at Barnegat High School and can't wait to see what the future holds.

In addition, Coach Davis is at 65 wins. For a football program so young, this is quite an accomplishment. Barnegat was also named two years in a row as a top high school for athletes by NJ.com. We were named number 36 out of 50, outranking both Jackson (number 40) and Point Pleasant Beach (number 44). Only four high schools from Ocean County were named in the results. To see why Barnegat High School is so good for athletics, click on the article below. Good job, Bengals! 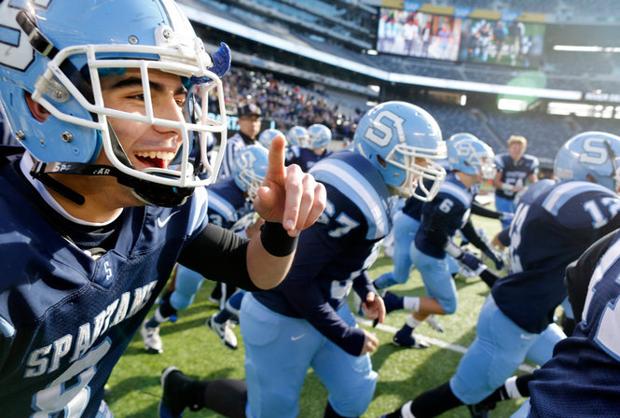 These 50 public high schools are the best for athletes in New Jersey, report says

Congratulations to Sean Foley! He is the first wrestler in school history to get 100 wins. At 120 pounds, Sean's recent defeat was in a 6-4 win over Shawnee's Ed Morriarity to help the Bengals to a 45-33 victory. Sean went 7-0 for the week which is virtually unheard of. The regionals and state tournament are around the corner. It will be so exciting to see Sean continue to show his Bengal stripes to finish his wrestling season strong. Congratulations to Sean Foley - we know you can continue to make Barnegat proud. Check out this December article from the Sandpaper (below) highlighting Senior Sean Foley's accomplishments and season.

One of my highlights was sitting with John Germano, Athletic Director and getting the inside scoop on student, team, and coach achievements at Barnegat High School. Germano, who is very proud of our athletic accomplishments reflected on the maturity of the program. He said that for the first five years the athletic department focussed on creating the "brand" and establishing pride in what it means to be a Bengal. I was pleased to hear that during the infancy of High School athletics tough decisions were made whether or not to put our novice Barnegat athletes up against established programs. We did and the results are wonderful. It is through this grit, bred through years of cultivating a competitive spirit, that our programs have succeeded.

In the next five years, Germano remarked that coaches no longer make "rookie" mistakes. They are more seasoned themselves, are now experienced coaches in their sport, and are more adept at working with parents.

Germano is also honored that other schools are trying to emulate what we do. The "triple threat athlete" program at BHS is now being picked up by other high schools and it doesn't end there. Germano also has plans for the future to recognize athletes in an athletic hall of fame. Well done, Barnegat!

Reflections from the Superintendent

Many of you know that my background is in music, yet I have a deep appreciation for athletics, coaches, and teachers. In particular, I am pleased to observe a coach give individual feedback to a player on skills that need work. I am even more thrilled when coaches recognize improved skills, teamwork, character, and integrity. These characteristics are always important for the development of our young athletes (and students) as well as High School athletes.

The power that coaches and teachers have to positively impact students is tremendous. I hope that the relationships our teachers and coaches have with students and families are positive and memorable ones. Let's Go Bengals! 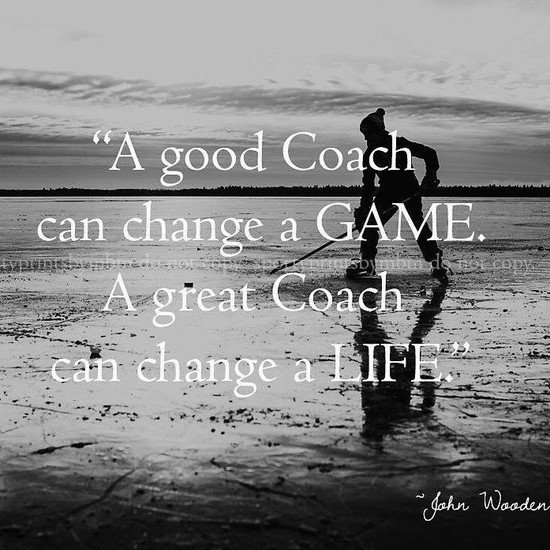 Follow Karen Wood
Contact Karen Wood
Embed code is for website/blog and not email. To embed your newsletter in a Mass Notification System, click HERE to see how or reach out to support@smore.com
close