Get email updates from Regan:

Do you Want to Win this War?

Enlist your Slave Instead of you in your Local Militia!

Do you Want to Win this War?

Enlist your Slave Instead of you in your Local Militia! 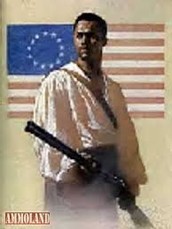 Why do you want to even do this? Well if you do enlist your slave the Patriots have more fighters to fight on our side so we can win the Revolutionary War! If you enlist 10 or more slaves YOU won't even have to go to war!

How Does this Relate to Chains?

It relates because Curzon because he was also in the war for the Patriots. He was part of "The Minuet Men". These were men who would go fight the British on a short notice. Day or night.

Many slaves during the revolutionary war were supportive of the side that they fought on. Some were so loyal that they would spy on the enemy side. Curzon spied on the British and was very loyal to the Patriots. This is why slaves getting signed into the war are similar to Curzon's situation.