May she swim to that little (big) ocean in heaven

May she swim to that little (big) ocean in heaven

Lived from 90-65 million years ago

From the Mesozoic Era, Cretaceous 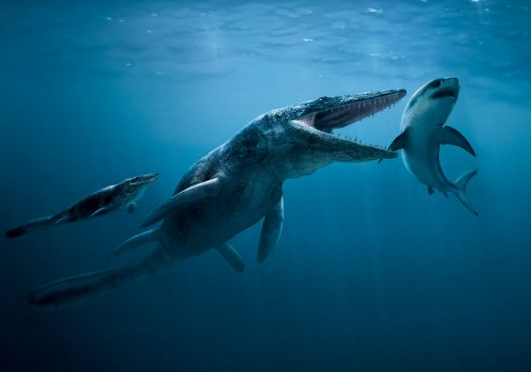 Mosa the Mosasaur was a dearly departed friend and a very much loved one. She will be missed forever by her closest relatives, the snakes and lizards. Mosa was a carnivore, and fed on anything she could get her hands on. Her spectacular displays included clamping down on her prey with her back set of teeth, so that it could not get away, and chomped down with stunningly accurate bites, to swallow her prey whole.

Mosa’s accomplishments included spreading her whole family around the globe, so that her own family could be wildly successful around the end of the cretaceous period. Unfortunately, she was murdered in the Cretaceous-Tertiary mass extinction event, as was her whole family, and many others too. The murderer is unknown, as it left behind many kinds of footprints that lead to different conclusions. The body was found sixty-five million years after the death, according to a coroner’s exam after studying the body (fossils) carefully. The event was tragic, as she was a mother who gave birth to her babies, since lugging five tons of body onto the shore is quite hard.

Finally, she has to rise periodically to the surface, where she can display spectacular acts of leaping out of the water and eating birds. Overall, she will be sorely missed, as an entertainer to all of us under the sea.

The skeletal structure of a fossilized skeleton.

Teeth from two types of Mosasaurus.

A size comparison including the mosasaur from Jurassic World.