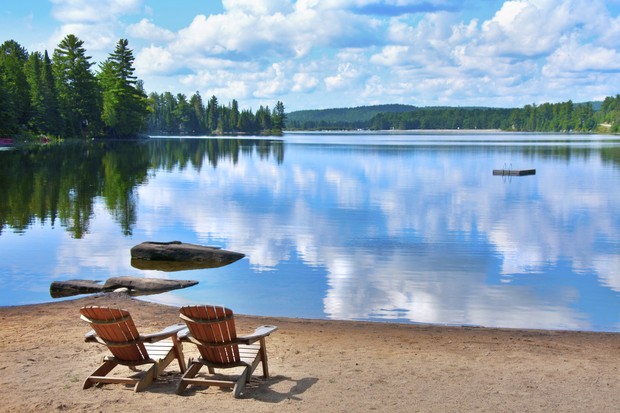 With this issue, we conclude the fifth volume of Money & Mission. Watch for Volume Six commencing in October of this year. And please remember that we love to hear from our readers, particularly on topics you would like to see covered. Write to us at Money&Mission@can.salvationarmy.org.

We wish our readers a pleasant summer. If you are able to take some vacation time, we hope that this will help you to “recharge your batteries” after an unusually busy winter and spring, culminating in the launch of Agresso, our new financial system. Agresso has meant significant change for those of us who are involved in the territory’s finances. We know that the transition has brought challenges and, sometimes, frustration with our new processes. However, we also know that we will emerge at the end stronger, more efficient and better able to meet the Army’s needs. Thank you for your patience and partnership as we face the future together.

The creation of the regional accounting centres (RAC) in 1998 brought with it the notion of the Finance department having customers and needing to think in terms of customer service for the first time in its history. Prior to that, we saw ourselves as providing a head office and purely financial function. As a result, we became more sensitive throughout the department to the need for good customer service, and focusing our services on our customers’ needs.

In 2010, the department formalized its approach to customer service with the introduction of its Customer Service Standards. This document contains standards for service in such key areas as availability, courtesy, response to queries, quality of information and respect.

Staff are evaluated against these standards in performance appraisals and, to further reinforce the message, we also acknowledge and celebrate excellent customer service through an awards program. Twice each year, our staff submit nominations for other staff in the department whose service has exceeded expectations. A nominations committee reviews the submissions and selects those who are to receive awards.

If you would like to learn more about our program, please write to us at Money&Mission@can.salvationarmy.org.

This is the latest in our series based on the new “Charity” section 9 in the Territorial Finance Manual (TFM). In this article, we provide guidance on tax receipting for gifts of used vehicles.

These steps should be followed even when a receipt is not required. In other words, we should ensure that we are receiving a clean vehicle in good working order that the donor is legally entitled to donate.

In April of this year, the World Happiness Report 2015 was published by the United Nations. Among the 158 nations that were ranked, Canada achieved 5th place, behind Switzerland, Iceland, Denmark and Norway. In contrast, the United States was placed 15th.

Its high ranking may have come as a surprise to many Canadians, who are perhaps less accustomed to thinking about their happiness than our neighbours to the south. In fact, the US’s Declaration of Independence in 1776 gave three examples of “inalienable rights”: life, liberty and the pursuit of happiness. Here in Canada, we are more likely to think of “peace, order and good government”, from the Constitution Act of 1867.

The rankings in the Report were based on average life evaluations, obtained from Gallup World Poll data, where 0 represents the worst possible life and 10 the best possible. Countries at the top of the rankings averaged above 7.5, with those at the bottom averaging below 3. A difference of four points in average life evaluations separates the 10 happiest countries from the 10 that are least happy.

Most of the differences among countries are accounted for by differences in six key variables, each of which focusses on a different aspect of life. Of particular interest to us in the Salvation Army is that one of these variables was generosity, as measured by recent financial donations, adjusted for differences in income.

The other five variables used to explain happiness were:

In addition to evaluations across entire populations, the Report analysed the findings by gender and age. On a global average basis, women’s life evaluations are very slightly higher than those for men, while life evaluations start high among the youngest respondents, fall by .6 of a point by middle age, and remain flat thereafter. However, the global picture for age masks large differences between countries, with U-shapes in some and declines in others.

Readers may wonder whether Canadians’ happiness is uniform across the country. An article in the Fall will report on the findings of another recent study which addresses this.

Did You Know? Live-Streaming from Boundless Congress

The Salvation Army's “Boundless Congress” to celebrate its 150th anniversary takes place in London, England, from July 1 - 5. Readers of Money & Mission may want to participate through live-streaming and social media interaction, particularly in the sending-forth service on Sunday, July 5.