How do we reproduce

How do we reproduce

The female reproductive system is designed to carry out several functions. It produces the female egg cells necessary for reproduction, called the ova or oocytes. 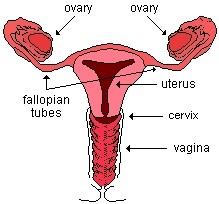 Parts and function of the female reproduction system.

Parts and function of the male reproductive organs

Follow Kylie Robinson
Contact Kylie Robinson
Embed code is for website/blog and not email. To embed your newsletter in a Mass Notification System, click HERE to see how or reach out to support@smore.com
close