Who Do You Say I Am

Who Do You Say I Am

In school, student are commonly asked the question, "Who is your role model?" Most people say their parents, a famous athlete, a celebrity, etc.., but does anyone ever say Jesus Christ? A role model is one who is to teach and set an example and those who look up to them choose to model their life off of theirs. But instead of choosing the best quarterback, the best actress nominee ,or the singer with the most songs playing on the radio, why don't most people say Jesus Christ? Well, first one must know who is Jesus Christ and why He would be listed as a role model.

To answer that question one must go back and trace the question WWJD. As a student in a Catholic school and raised in a Catholic family, I have always been told a simple answer to what I believed to be a hard question," What Would Jesus Do" . But thinking what would Jesus do is a more complex question to ask oneself than it seems. Today, we really don't know what Jesus would do because we don't see Him everyday, watch His reality show on TV, or follow Him on social media. But, He has left the legacy of His words, His actions, and His teachings for the people to follow. Jesus came before us to serve as an example for a way to live a holy life, "Whoever claims to live in him must live as Jesus did." (1 Jn. 2:6). With the examples set in the Gospels, Jesus left the people to follow all He had taught them. This is what Jesus is to me; a guide, role model, teacher,along with many other names that preach the same message. Jesus Christ set the path of life for the people to follow, He lived a life of peace, justice, kindness, forgiveness, generosity, and many other novelties that guide people through life. As Jesus told Peter in Matthew 16:13-20, He has the keys to the kingdom of Heaven, "which [Jesus] authoritatively “opens” and “shuts”, and if people are to live their lives with Jesus as their role model, teacher, and guardian, He will open the gates to the kingdom for them. (Senior 1336) 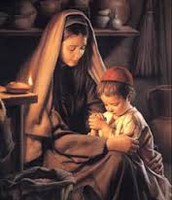 I believe that Jesus puts people in our lives to set them as other role models besides himself to help people live exemplary lives and that person for me is my mom , "Train a child in the way he should go, and when he is old he will not turn from it." (Pro. 22:6). Just as Mary led Jesus throughout His life and helped him with all his troubles, my mother guides me.

Jesus is a teacher. Through his life, the people learn to live a life of peace and love, forgiveness and mercy, justice and generosity, and he explains how to live an exemplary life, "Behold, God is exalted in His power, Who is a teacher like Him?"(Job 36:22) 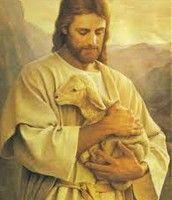 God is the one who will guide us through life. Throughout all our mistakes and misjudgments, Jesus is still by our side. He is the shepherd and we are the lost sheep. "Suppose one of you has a hundred sheep and loses one of them. Doesn’t he leave the ninety-nine in the open country and go after the lost sheep until he finds it?" (Lk 15:4)
Hillsong UNITED Oceans (Where Feet May Fail) Lyric Video
http://www.turnbacktogod.com/wp-content/uploads/2010/11/Jesus-Good-Shepherd-06.jpg