Home of the Chinese emperors until the twentieth century

Home of the Chinese emperors until the twentieth century

The emperors of the Ming dynasty were very proud of their great history, so they built the forbidden city when they replaced the Yuan dynasty in 1368. This was a magnificent city. It was located in the center of Beijing and is surrounded by walls. There are three stately halls where government and religious ceremonies were held. Three palaces held the imperial family. Gardens filled with every variety of flower greeted the eye, streams filled with gold fish flowed among the buildings, carved dragons, the symbol of the emperor, and peacocks, the symbol of the empress appeared everywhere. Only the emperor and his family and servants were allowed to live there. Other people, except government officials and guards were allowed to even step foot in the amazing city. 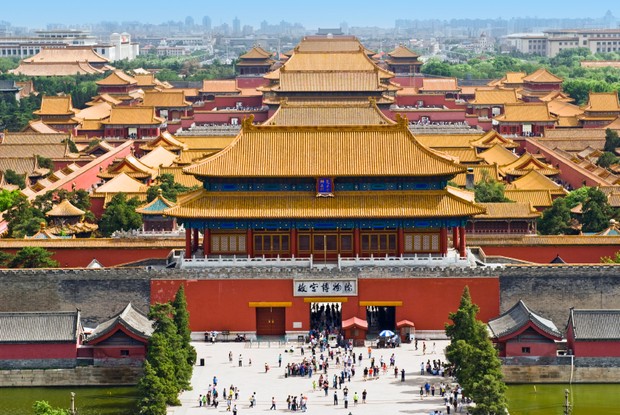