fredy is using Smore newsletters to spread the word online.

Get email updates from fredy:

Why I want to be a crime scene investigator

I want to be a crime scene investigator because I enjoy watched the tv shows about crime and I'm highly interested. My favorite part is that I will get to participate in an investigation. and I will work with great technology and I will be responsible for people's cases. Crime scene investigators are really important because their job defines whether a person being trailed is guilt or not. 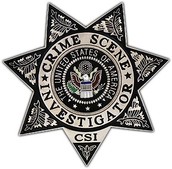 fredy is using Smore newsletters to spread the word online.