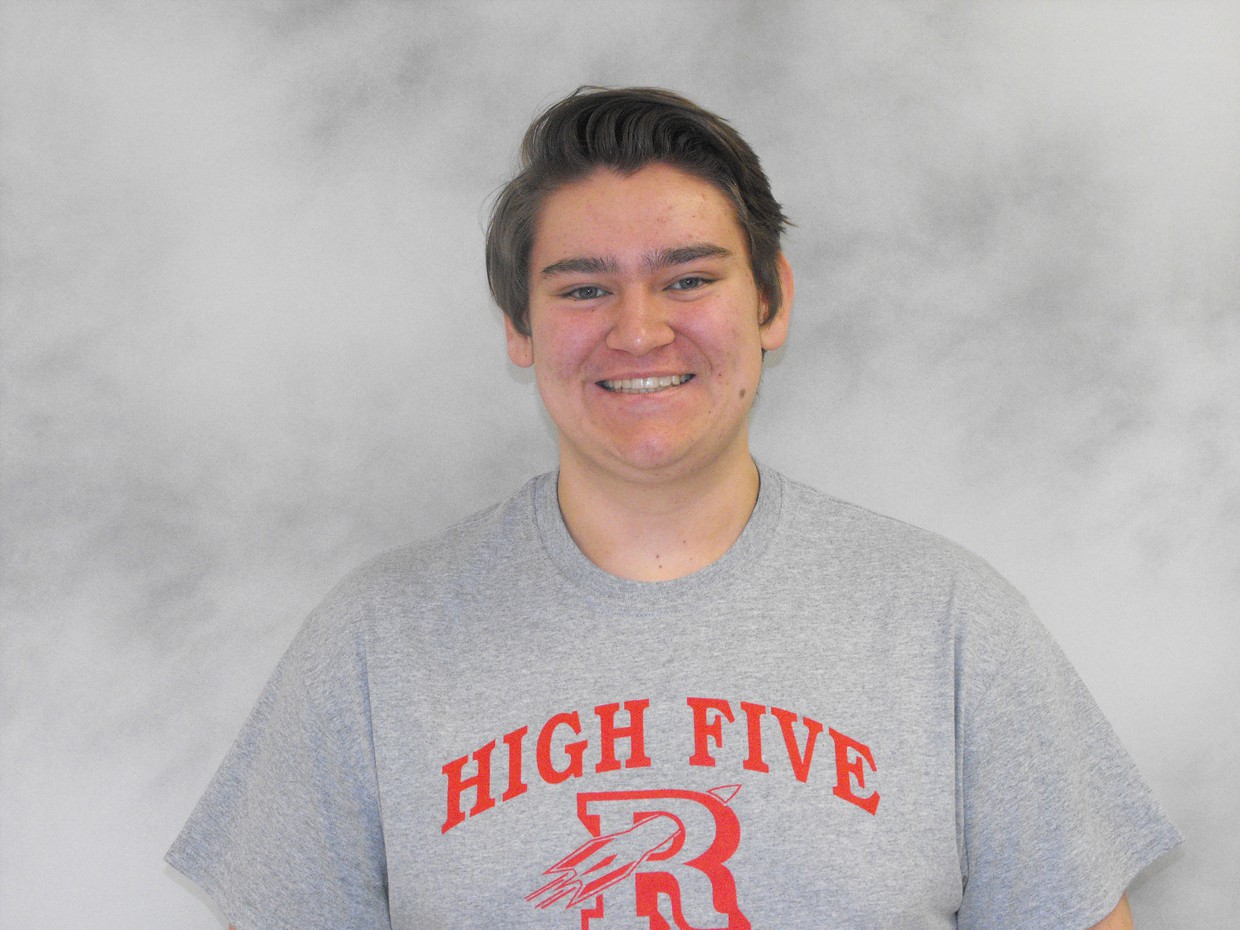 Thomas Walsh receives this week’s high five for his enthusiastic pursuit of excellence in all that he does inside and outside the walls of RMHS.

Thomas’s academic achievement has won him membership in the RMHS chapter of the National Honor Society as well as entrance in the Century Club. Currently, Thomas cites Mr. Mooney’s AP Calculus BC class as his favorite. Teachers report that Thomas brings a positive and energetic spirit to class. Ms. Theissen says, “What is refreshing about Thomas is while he cares about his grades his learning is more so driven by his curiosity.” Ms. Najmi says, “Thomas Walsh is ALWAYS ENTHUSIASTIC! In AP Physics he proudly shows photos of the work that the Robockets have done and exhibits the scientific curiosity of the quintessential engineer!”

With Thomas’s enthusiasm for engineering, it is no surprise that he looks forward to studying mechanical engineering in college. His strong academic skills will serve him well in this pursuit, but so too will the hours he has committed to the RMHS robotics team, The Robockets. This year Thomas holds the position of Technical President of the team. This past weekend, he and his teammates turned in a performance to remember. In this year’s Northshore District Event, their alliance won the tournament challenge: Destination Deep Space. Further, the Robockets earned the distinction of first place overall, out of the 38 schools present at the competition.

Thomas’s participation in the Robockets is far from his only extra-curricular pursuit. He is the RMHS Drama Club’s Set-build Coordinator, the two-year Technical Director of the Parker Middle School musical, a tutor for middle school students, a volunteer at the Boy Scouts’ National Youth Leadership Training, and he is a candidate for scouting’s highest honor—Eagle Scout. His Eagle Scout project involves working with the Reading Fire Department to create a system for identifying the location of fire hydrants during the winter when they are likely to be covered by snow.

Lastly, Thomas accomplished something fun and memorable when he and his sister hiked 200 miles of the Appalachian Trail last summer, covering an expanse from New York to Massachusetts over a three-week period.

Congratulations, again, to Thomas Walsh. You can support him and his fellow Robockets when they travel to WPI for their District Championship event from April 10-13. 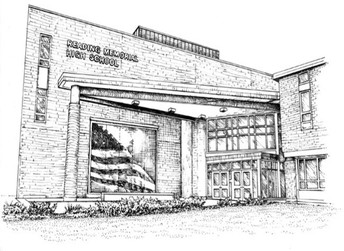