Kimmy is using Smore newsletters to spread the word online.

Get email updates from Kimmy:

Analysis of the development of theme

The character max, in the book Freak the Mighty, is very big in size. His feet are large,and he is very tall. He is so big he is tripping and falling over his huge feet. Max's neighbors and people who live around him judge him. they have said, "That boy will turn out to be just like his Father, Killer Kane."his father, was sent to jail because he murdered Max's mother, Annie. They jud for his physical features. Also for his fathers past and what he may become. My theme, Judging Physical Features, relates to this text because, max's neighbors judge max for his features. They judge him also for his father being a criminal.

Reflection and Application of Theme

My opinion on the theme, Judging Physical Features, Is a good theme for the book, Freak the Mighty, because Max's features are large. The way Max looks takes a toll on him. His features make him stand out and not being able to fit in. Also with Freak. He is small, and crippled. His physical features are like this because he has a disease called Morquio Syndrome. The author did a great job with this theme because he explained the way that Max and Freak look and how other people think and act when they are around them. This theme relates now days because most people judge on how a person looks and not about what matters most. also they judge on physical features for popularity and to fit in with others. 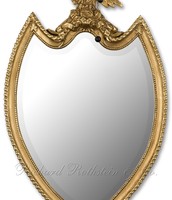 I chose a mirror as my symbol. Because when a person like, Max or Freak, looks into a mirror all they see or think of is all the mean comments and rumors that have been passed on and shared to others . A mirror is a good symbol for this theme because it doesn't matter what you look like on the outside, but what your personality is like on the inside. 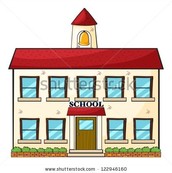 Max also is dislexic. That means when he reads he sees the letters start to move around, and it is hard to write. He has a hard time in school with all of his special classes he has to help him try to do better. People can also judge others if they have learning disabilities or other problems they might have. Max is important in this book because he realizes that he can become better and do well in school if he has the desire to be better. 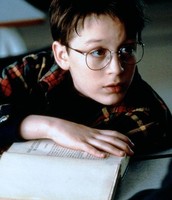 Freak is a crippled a boy. He is very small. He is this way because he has a disease called Morquio Syndrome. Freak is a good example for the theme, judging physical features, because others might judge him for the way he looks. because he is so crippled, he has problems fitting in and making new friends. Freak is important to the book, Freak the Mighty because he always tries to find a way to make Max's life more successful with his learning disability. Because Freak is so brave, he is a great influence on Max to try and make him do better

Write a Summary of the Text 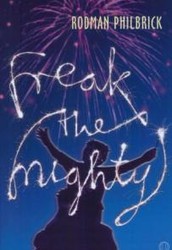 Write a Summary of the Text

The main character ,in my opinion, is Max. Max is living with his grandparents or what he calls them, Gram and Grim. Max is living with his grandparents because his mother had passed away and his father, or as others call him Killer Kane, is in jail for murdering Max's mother. A boy named Freak moves into the house next door with his mother, Gwen. After a while they become friends and go on adventures together and call themselves, Freak the Mighty. In the middle of the story Max's dad gets time off for being good. Max's grandparents are in distress because of this. one night Max wakes up to his dad in his room he kidnaps him and takes him to an old friends house. It doesn't last long because Freak comes and saves the day! After, the cops come to catch Killer Kane. they then go on with their normal routine, then With Freak suffering from a disease called Morquio Syndrome, he does not live very long and the story comes to a sad ending. Freak passes away leaving Max in great sorrow. My picture, on the right ,is a picture of the cover of the book. 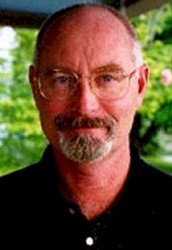 The Author of Freak the Mighty, Rodman Philbrick, is a writer of novels for adults and children. He was born in Boston, Massachusetts, around 1951 and currently lives in Maine also in Florida. He and Lynn Harnett, His wife, were married from 1980 until she passed away in 2012.

Kimmy is using Smore newsletters to spread the word online.