The History Of Computers

The History Of Computers 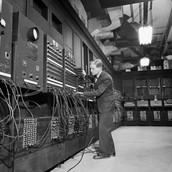 The Birth Of The Computing

Along time ago two people had a dream of creating a computer. Both of them had different dream but both link to the same topic. Alan Turner and sir Tim Berner-lee both had this dream of making a machine that could create a document or could store stuff and work for you. This was the first idea of the computer.

The world wide web is known as www. This idea was first though by a man called sir Tim Berner-lee who wanted to create a Internet which everyone could use for free and could see a web page. The first web page was launched on the 6th of August 1991.

What is a coomputer

A computer is a counting machine. It is a machine that was really simple originally however now we can do many things on them like play games; we can chat through social media; and they can do even more, like create database sheet.

A Hard Drive is a place where they store data, It is actually the main one where all of the data is stored so if i was to tell the computer to store a photo of me it would store it in the Hard Drive.

A CPU stands for Central Processing Unit. The cpu is the one of the main parts it is also the brain of the computer. 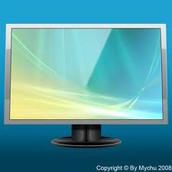 The Screen is also known as the monitor. They both do the exact same purpose to show what you are doing. It gives you something to look at.

The RAM is basically the calculator it does all of the working. It stands for Random Access Memory.