'Tis the season to be Reading... 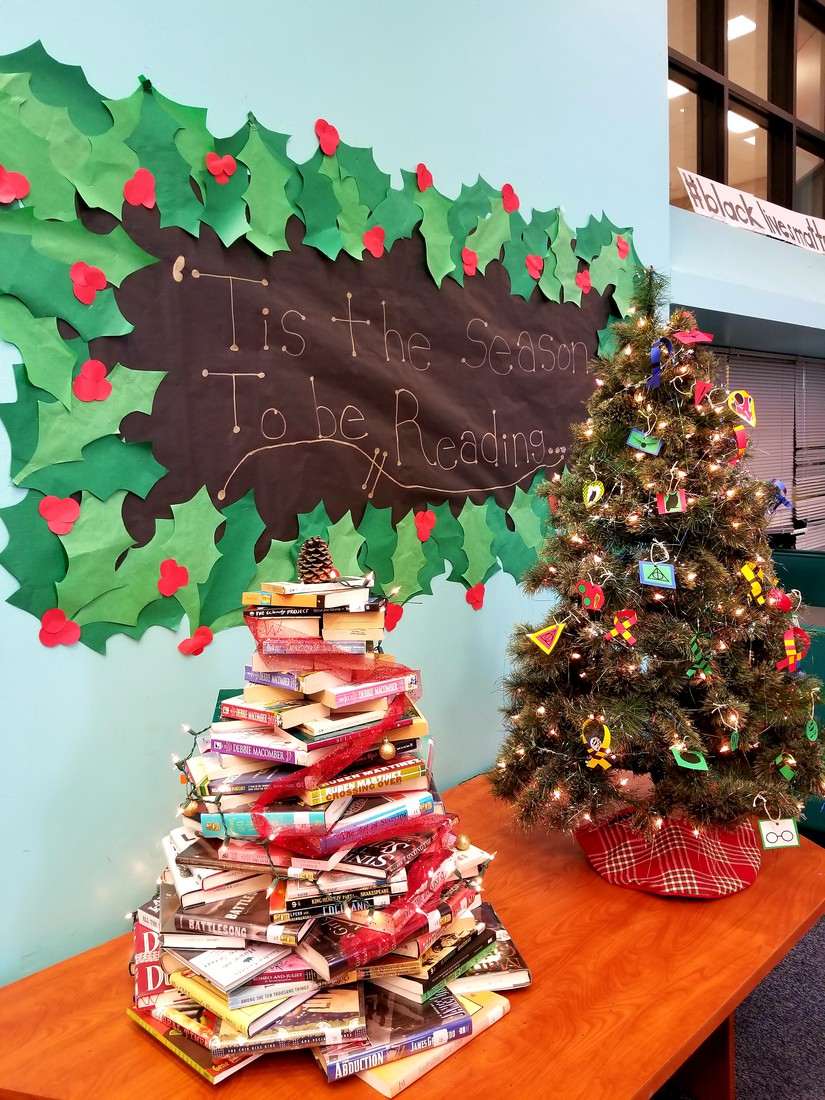 The NY Times is Now on HISD’s Doorstep

Thanks to the New York Times’ sponsorship program, HISD has received 1 free year of a district-wide digital subscription to The New York Times. All students, teachers and staff have full access within HISD school buildings -- just by visiting NYTimes.com. This subscription will allow all HISD user to have access to NY Times articles and blog posts, as well as video, slide shows and other multimedia features.

There is no user registration or log in required. As long as you are in an HISD school building, you have web access to NYTimes.com on any device – computer, laptop, tablet or smartphone. You can also access this subscription through HISD’s Digital Resources page on the HUB. 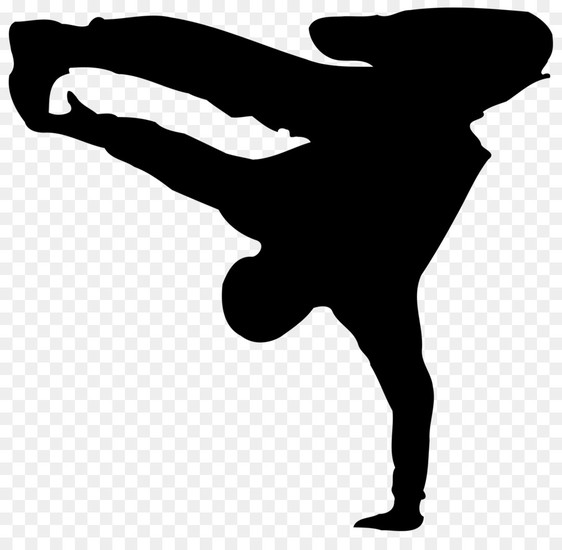 A Houston ISD educator's take on teaching History via Hip Hop and having amazing success in STAAR and among ELL students:

Just Keep Livin,’ the club sponsored by Ms.Saldivar and Ms. Giles, will host a guest speaker in the library on December 12th, 2018 at 4:00 p.m. Her name is Denise Adeniran and she is the Marketing Communication Specialist for Houston Methodist Hospital; she held the same title for ABC Channel 13. She will be speaking to our kids about turning your passion (in her case social media) into a viable occupation, navigating college, marketing within her field, and marketing yourself for the job you want. We would love it if you could open this opportunity up to your students. Downloadable flyer is available below! 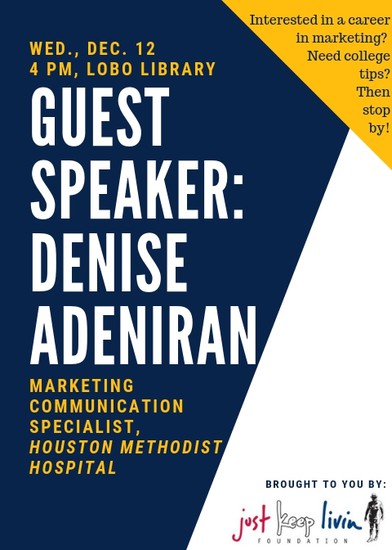 How to Spot Fake News? In English & Spanish! 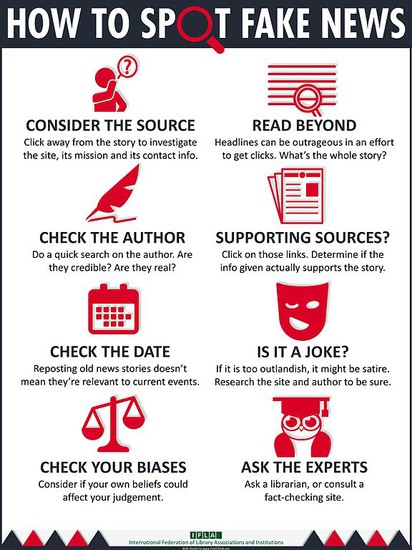 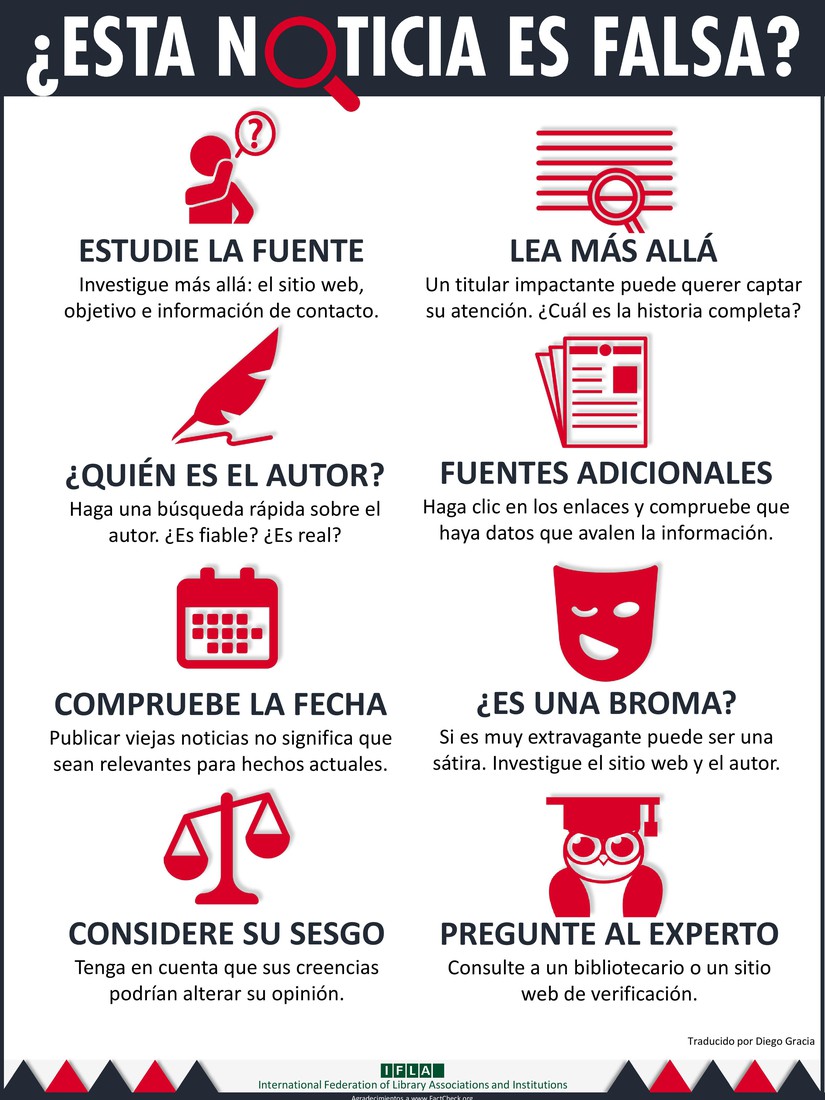 Grieving during the Holiday Season 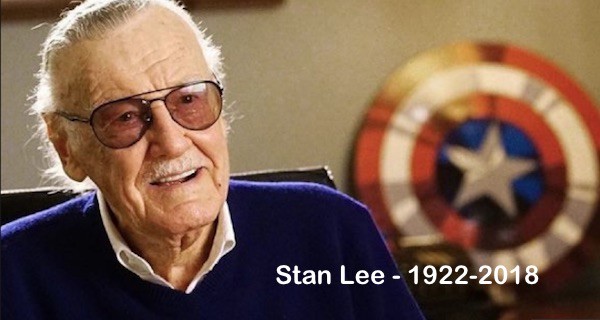 With the recent loss of literary great, Stan Lee, it's important to share the recent additions to the Marvel world and his position on diversity. Read the following excerpt or for a full recap, click on the following link: https://www.oif.ala.org/oif/?p=16429

In 2013, Marvel introduced Kamala Khan, a Pakistani-American, Muslim teenager from New Jersey. Khan’s powers include growing and extending her limbs and other shapeshifting abilities. She names herself Ms. Marvel as a tribute to her mentor, Carol Danvers, the original Ms. Marvel and now Captain Marvel. Sana Amanat, the Director of Character and Content Development at Marvel and one of the creators of Kamala Khan, spoke about the importance of a character with which she could identify in her TEDxTeen talk. As a child, Amanat loved watching X-Men because the characters were mutants, people who stood out and were different from others, and, most importantly, people to whom she could relate. Speaking about herself, she said that the X-Men “had fulfilled a need to see herself in the world outside.” In co-creating Ms. Marvel, she wanted to fulfill that need for other little girls like herself.

Marvel also recently introduced Riri Williams as Ironheart, an African American teenager who is poised to take over for Tony Stark, and Miles Morales, an Afro-Latino character, as Spider-Man. There is also Sam Wilson, a black hero taking up the shield of Captain American and Cindy Moon, an Asian American queer woman, the newest character in the Spider verse. It is clear Marvel is making several steps to increase representation and inclusivity in their comic book heroes. I personally like how some heroes, such as Captain Marvel and Iron Man, are passing the torch to new characters, Ms. Marvel and Ironheart. It shows that we can still honor and celebrate the good things that the classic heroes did, while paving the way for a new generation of heroes, heroes that more accurately represent the world around us.

In 2017, a Marvel executive claimed that the introduction of diverse characters had driven down their sales (this claim turned out to be inaccurate). Stan Lee fired back with a video on Marvel’s official YouTube channel, stating that Marvel’s stories will always be about the world “outside our window.”

“Those stories have room for everyone, regardless of their race, gender, religion, or color of their skin … The only things we don’t have room for are hatred, intolerance, and bigotry.”

GSA meets Thursdays in the Library 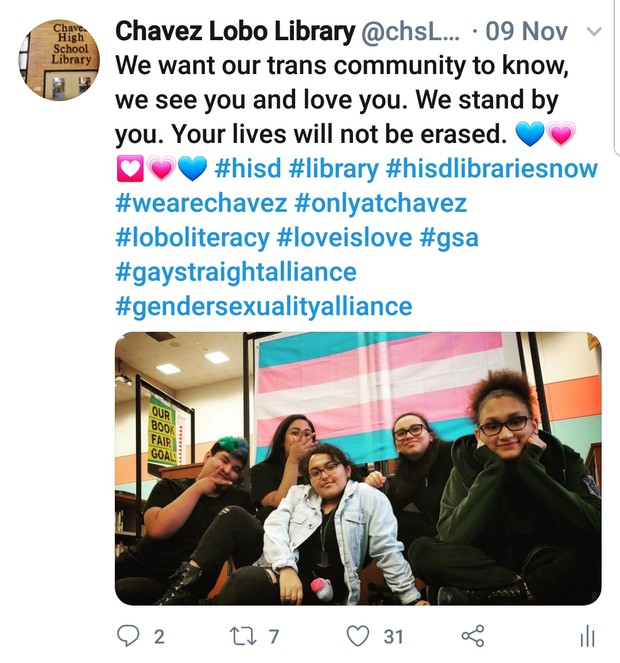 Just Keep Livin' meets every Tues/Wed in the Library! 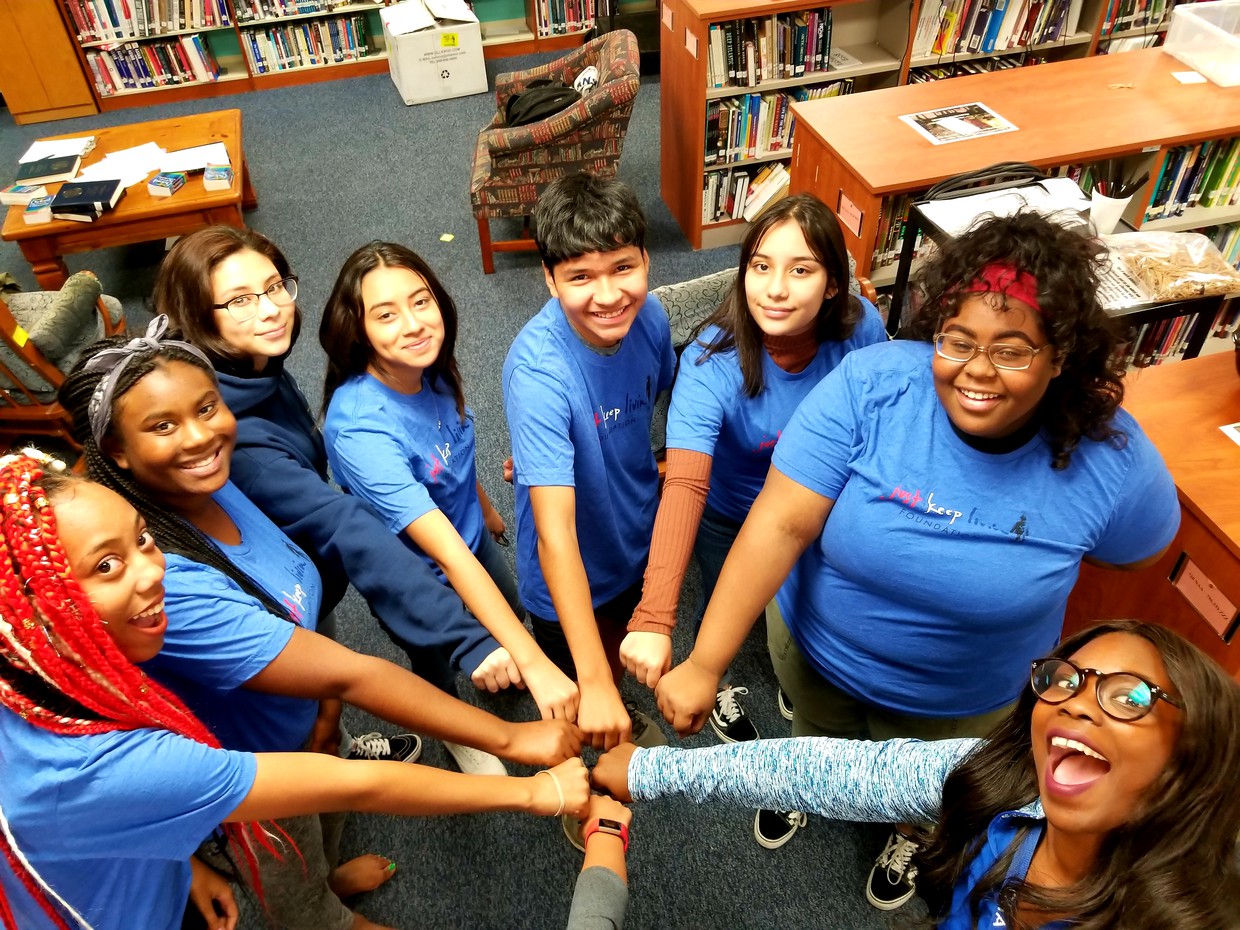 Azalea G. and her mom won 2 tickets to the Texans game thanks to Just Keep Livin'! 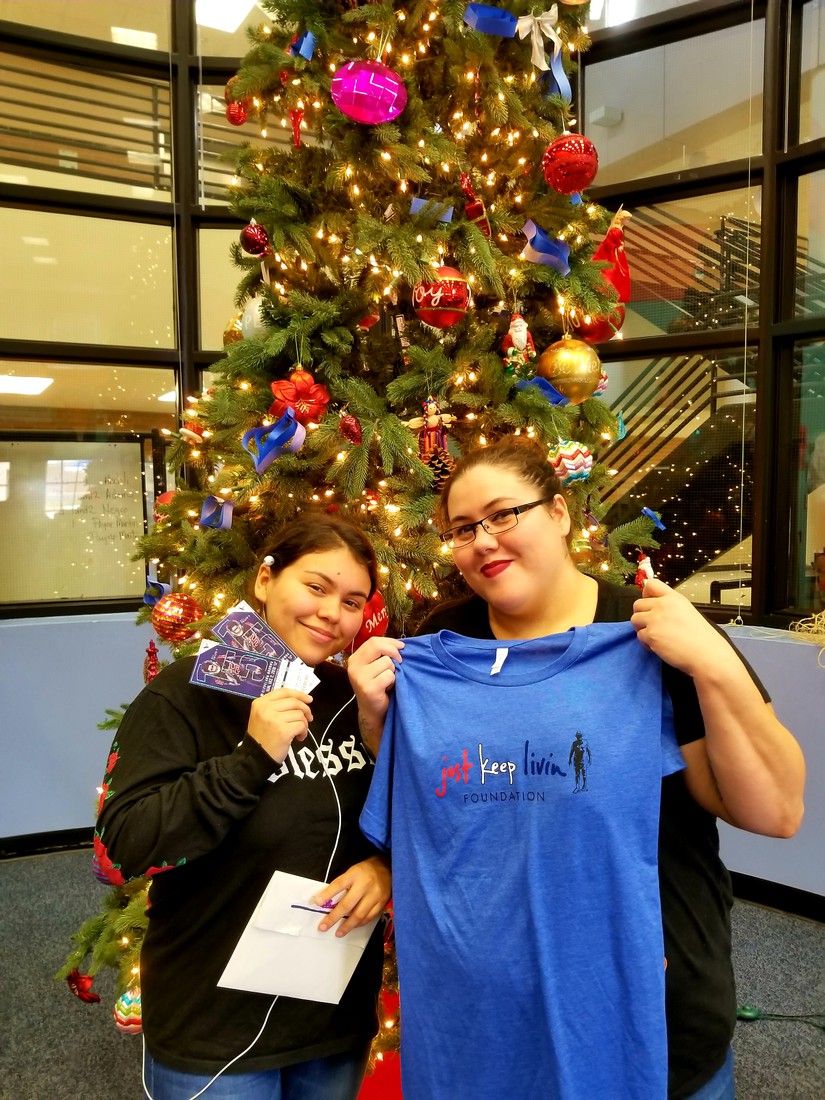 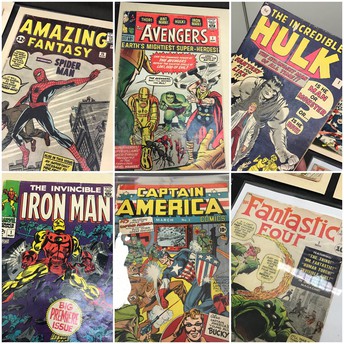