Henning is using Smore newsletters to spread the word online.

Get email updates from Henning:

ATTENTION ALL FAMILIES LOOKING FOR WORK!

SAMUEL SLATER HAS OFFERED TO HOUSE FAMILIES THAT ARE WILLING TO WORK IN HIS MILL! HE HAS HOUSING AVAILABLE, BUT SPACE IS LIMITED! ALONG WITH ADULTS, WE CAN FIND WORK FOR CHILDREN AS WELL! IT'S A WIN-WIN! COME ON DOWN TO THE SLATER MILL!

Samuel Slater traveled here all the way from England disguised as a farmer to market his ideas, He met up with a man by the name of Moses Brown. The two of them worked together and opened up the Pawtucket mill in Pawtucket, Rhode Island. The Pawtucket mill became a success and Slater's wife even invented a new cotton thread used for sewing! He has made several more mills, which is why we need you! 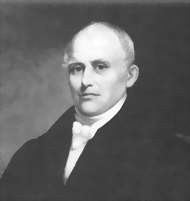 Henning is using Smore newsletters to spread the word online.

Follow Henning Mahn
Contact Henning Mahn
Embed code is for website/blog and not email. To embed your newsletter in a Mass Notification System, click HERE to see how or reach out to support@smore.com
close