Joined the EU in 2004, So Obviously Not a Founder

Joined the EU in 2004, So Obviously Not a Founder

Estonia, a country with beautiful buildings and churches as tourist attractions and a Parliament Republic for government type has 42,388 km² of land. It is flat in the northern parts and hilly in the southern. Estonia currently uses the euro for currency but used to use the kroon. There is a lot of culture in Estonia, here is a little bit. 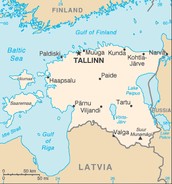 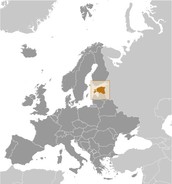 Estonia became free from the Soviet Union on Sept 6, 1991

Estonia's death rate is larger than their birth rate. Which means if it doesn't change, theoretically, everyone in Estonia will die!!

Estonia is two times the size of New Jersey.

Follow M E
Contact M E
Embed code is for website/blog and not email. To embed your newsletter in your email, click HERE to see how or reach out to support@smore.com