Get email updates from Karanveer:

In The Real World

Quadratics are all around us, we see them almost everyday weather it be outside of in your own home. Some real world examples of quadratics are roller coasters drops, some are in amazing well known towers like The Eiffel Tower in France as well as bridges like The Golden Gate Bridge located in San Francisco and even nature models parabolas in rainbows!

Things you should know are..

Vertex: Is the maximum or minimum point on a graph, it is the point where the graph changes direction. Labeling is followed as (x,y).

Axis of Symmetry: The vertical line which cuts the parabola down the middle, this is labeled as x=__.

Y-Intercept: Is where the parabola intercepts the x-axis, labeled as (0, __).

X-Intercepts: Where the parabola intercepts the x-axis, it is labeled as (__, 0).

Zeros: The x-value which makes the equation equal to zero. Labeled as x=__. 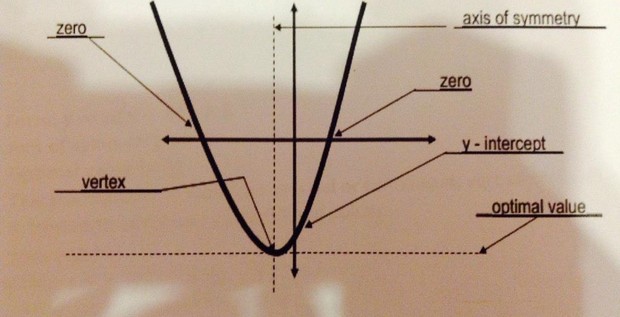 Axis of Symmetry (AOS): (Above as well)

Optimal Value: (Above as well)

They can occur in vertical or horizontal, vertical stretches and reflection

To graph this you must find out what the vertex is, which is (-2,-3). Now that you know the vertex follow the rule of graphing which is over one up one, over two up four. Now using the step pattern since we have a a-value we must multiple it by -2. So instead of going over one up one and over two up four we are going to go over one down two and over two down 8 (1 multiplied by -2 is -2 and 4 multiplied by -2 is -8, since they are negative numbers we go down instead of up). This can be graphed as below. 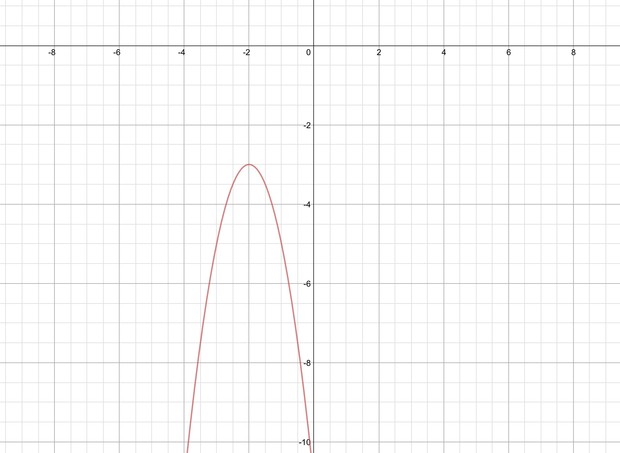 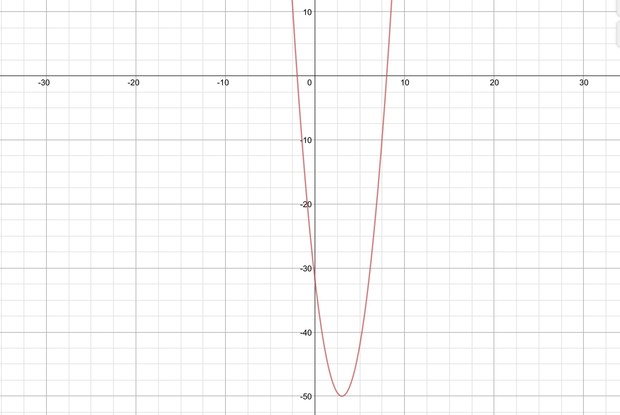 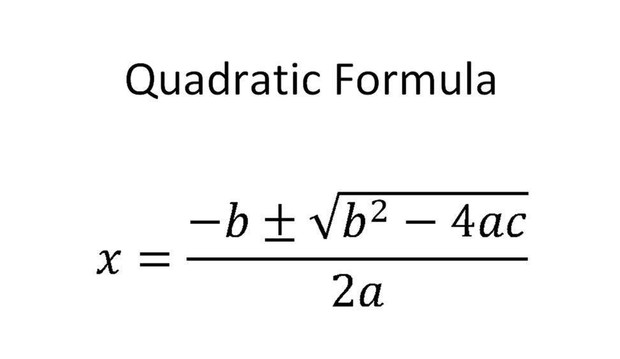 Factoring to turn to factored form

Standard to Factored: Need to factor out as much as you can

Vertex to Factored: Need to make y to 0 (y=0) and then figure out the x-intercepts

Factored to Standard: Need to do collect terms and expand too

Standard to Vertex: Use the completing the square method

www.khanacademy.org
Learn for free about math, art, computer programming, economics, physics, chemistry, biology, medicine, finance, history, and more. Khan Academy is a nonprofit with the mission of providing a free, world-class education for anyone, anywhere.

1. The height of a rock thrown from a walkway over a lagoon can be approximated by the formula h = -5t² + 20t+ 60, where t is the time in seconds, and h is the height in meters.

2. Write and Simplify an expression to represent the area of the given composite figure.

X=5 is the correct answer because it is not negative. 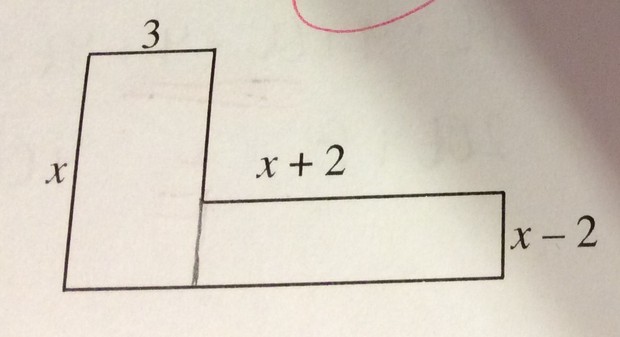 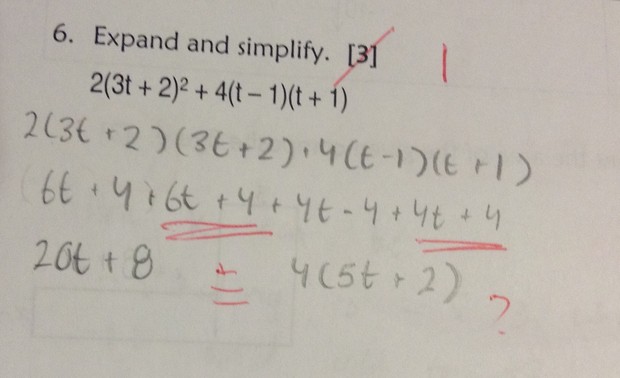