Get email updates from Janice: 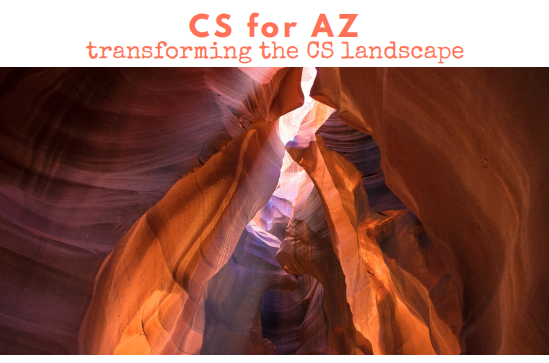 CS standards development has begun. For more information on the tentative timeline, click here. Educators from K-12 and higher ed are still invited to participate in working group sessions. For applications to join the working groups, apply here.

While computer science (CS) and computational thinking (CT) activities don’t always require access to a computer, we know that access to current technology in- and out-of-schools is not equitable for all students. Join us as we discuss what equity and access to technology look like in different school systems around the country, from a school-wide computer lab to 1:1 device-to-student ratio. How do teachers make these conditions work to teach CS for all students? Join the discussion and find ways to make your available resources work for you so we can #closethedivide together.

Join here: https://air.adobeconnect.com/ashley/ to participate in this webinar. Audio connection details provided upon entry to the meeting room.

Over 800 US K-12 public school teachers will convene at #InfyPathfinders for high-quality hands-on training. All tuition, airfare, room and board for teacher participants will be paid. To make it possible for teachers to attend Pathfinders at no cost, funds from Infosys Foundation USA will need to be matched by schools, districts, PTAs or the donor community at DonorsChoose.org. Click here for detailed information on how the process works. Click here to view current demand for your preferred course.

All K-12 public school teachers are invited to apply. Special consideration will be given to high-needs schools, teachers from under-represented communities, those new to teaching CS and Making, and districts demonstrating significant commitment to these subjects.

The last day for submitting applications for any Pathfinders course is Monday, April 2, 2018.

ISTE is asking for feedback to help them as they develop the refreshed ISTE Standards for Computer Science Educators. This survey will take less than 15 min.

The goal is for ISTE...to develop the next generation of computing education standards that serve the field by establishing a vision for the knowledge, skills, and dispositions that educators need to effectively teach computer science and computational thinking to all students and function as a guide to professional learning for all educators, particularly those who are new to computer science.

Whether you are new to teaching computer science (CS) or have experience teaching other CS courses, the program is designed to promote growth by providing space for you to become comfortable with curricular materials, CS content, and pedagogy. Our curriculum provides a complete set of lesson plans that include inquiry-based activities, videos, assessment support, and educational tools. Learn more and apply here.

Mountain Sky continues to develop innovative elective offerings for its students. One of the newest electives on campus is the STEAM program. STEAM is an acronym standing for Science, Technology, Engineering, Art and Math. However, it includes such much more. As a member of a STEAM class, students are exposed to a wide range of critical concepts such as Software Development, Medical Sciences, Aerospace Engineering, and Graphic Designs. Students can currently take STEAM in seventh grade with Mr. Guerra and in eighth grade with Mr. Perrone.

The flow and learning environment of the class is different from other, more traditional classes. The students work at their own pace and make everything happen. A student’s learning pace can differ from everyone else, so with everyone able to work at their own speed this will in time, help the flow of the class. The classes have couches, different tables, and a very laid-back vibe.

Currently the seventh grade students are working on unit three of Code.org. This unit teaches students to program games and animations and, all the while, exploring even more code. Their final project is to develop their own game that will be played by their classmates. In eighth grade, the students are competing in a modular desk design competition. The class will build the winning design.

In addition to the STEAM electives, students are encouraged to join one of several STEAM clubs including Marine Biology, The Application Development Club and The STEAM Club. In Marine Biology, students can take care of the five salt-water fish tanks scattered throughout the school. They learn about the different species living in each tank and how they interact. If students are looking for a way to enhance their knowledge of technology, they can join the Application Development Club. This club allows students to learn about application development with them eventually developing their own apps. Completed student apps will be submitted for approval on the Android Play Store, with plans to expand to include the Apple App Store. Finally, there is also the STEAM Club. Students involved in this club participate in the Honeywell Fiesta Bowl Aerospace Challenge. Arizona State University’s Polytechnic Campus in Mesa hosts the annual event. Students have the chance to compete against other schools in the state to develop and defend their plan for a mission to build a base on Phobos, one of the moons of Mars.

Mountain Sky’s STEAM program also includes an opportunity for students to develop their leadership skills by participating in the Chief Science Officer Program. Mr. Guerra and Mr. Perrone selected students participating in this program. Once chosen, these students go on to work in conjunction with the Chief Science Officers of Arizona Organization and Honeywell. Mountain Sky currently has four student Chief Science Officers (CSO’s), including two seventh graders and two eighth graders. Honeywell engineers mentor the students weekly. According to eighth grade Officer Jaidyn M., “one job of the Mountain Sky CSO’s is to promote STEAM by explaining to others the importance of STEAM in their own lives and everything around them”.

Mr. Guerra and Mr. Perrone strive to supply their STEAM classes with the latest technology. They have been able to purchase 3D printers, 3D printer filament, robots, drones, wearable technology, laser cutters, chromebooks, and other needed class supplies by writing and submitting a variety of grants. Over the last four years, they have won over $80,000 in grants from foundations including The City of Phoenix, The Phoenix Suns, The Arizona Diamondbacks, The Washington Education Foundation, and DonorsChoose. Mr. Perrone stated despite the grants, that none of this would have been possible without the support of Mountain Sky’s principal, Mr. Mason and the Washington Elementary School District.

Mountain Sky’s STEAM program offers students a multitude of opportunities to build and develop skills needed for their future careers. According to seventh grade STEAM teacher, Mr. Guerra, “it is very essential that, no matter the age, students should be learning the various aspects of STEAM”. 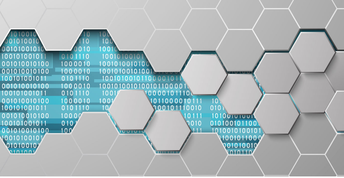 According to Steve Jobs, “Everybody in this country should learn to program a computer, because it teaches you how to think. I think of computer science as a liberal art.” More than half of new STEM (science, technology, engineering and mathematics) jobs are in computing. The current demand for people who can write computer programs is much greater than the supply. Arizona currently has over 9,500 open computing jobs, while there were less than 600 computer science graduates in 20151. The need for computer science education has grown exponentially in recent years, yet “only 40% of schools in Arizona teach computer science”2.

Students graduating from Flagstaff Unified School District (Flagstaff USD) in May 2018 were born in the year 2000, making them exclusively 21st century learners. Concentrating on these learners, it became apparent that computer science instruction was essential in the classroom, not just through extracurricular robotics and STEM clubs. In order to determine what computer science would look like for students in Flagstaff USD, collaborative discussions were held with district and site administrators to build and gain insight about their vision for a cohesive K-12 computer science program. Flagstaff USD is answering the current industry and student learning demands through the development and expansion of a “computer science pipeline”, that includes CS offerings for students in all grade levels and a comprehensive approach that scaffolds CS learning. 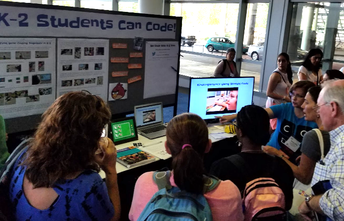 Beyond our school district

Flagstaff USD agrees with Jobs; every student should be given the opportunity to learn computer science. Is your school and/or district preparing students with the skills to become Robot Mediators and Nanomedics? Join Flagstaff USD educators, parents, students and administrators in advocating for computer science instruction in our schools at: https://code.org/promote.

1 Bureau of Labor Statistics; The National Center for Education Statistics 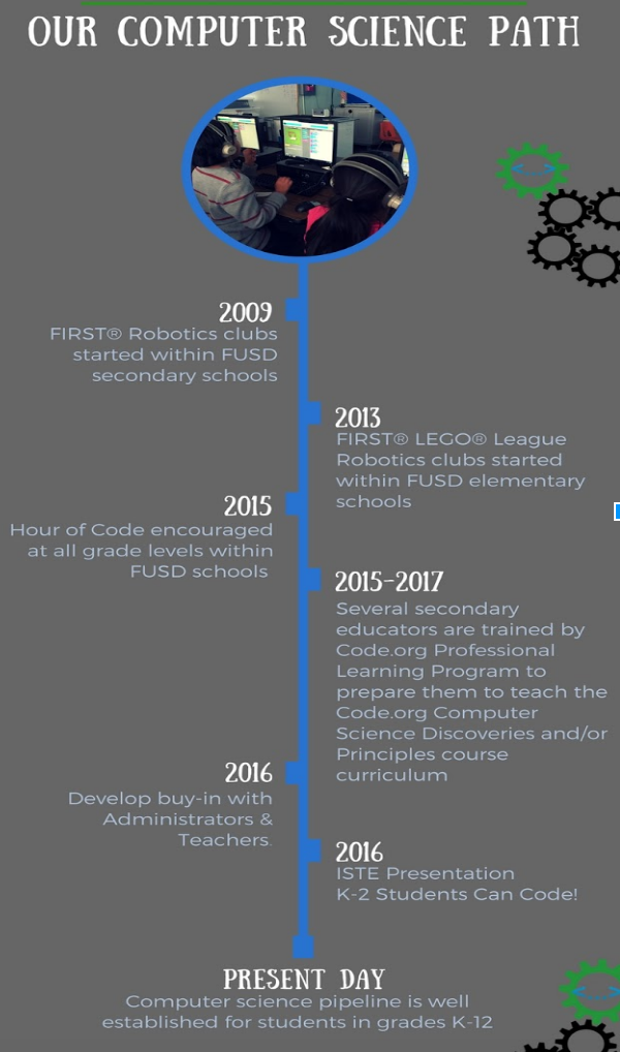 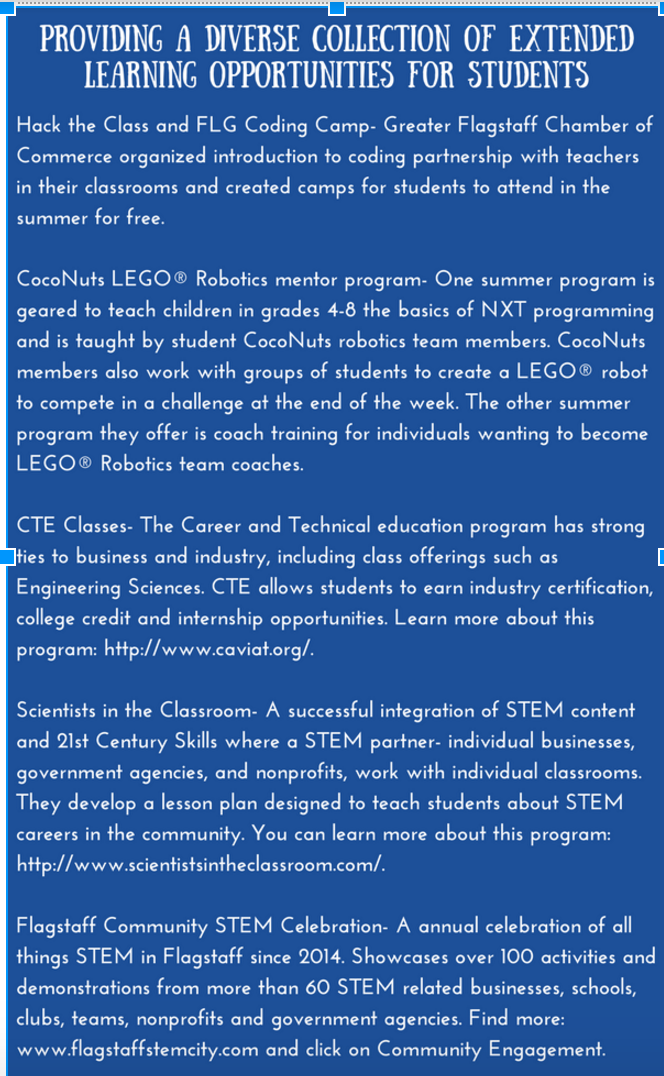 @CSforAZ
CSforAZ is a group of dedicated volunteers committed to enabling all K-12 students in Arizona to have access to computer science (CS) education.
Phoenix, AZ, United States csforaz.org/

Follow Janice Mak
Contact Janice Mak
Embed code is for website/blog and not email. To embed your newsletter in a Mass Notification System, click HERE to see how or reach out to support@smore.com