Get email updates from bethany:

When the wind blows

facing the evil with the most unexpected people

When the wind blows

facing the evil with the most unexpected people 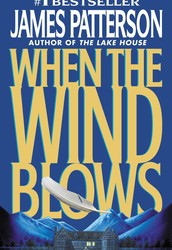 The summary of this book is about this lady named Frannie. She runs a successful vet clinic by herself. She used to be married to a man named David until he was murder, then work became her only concern. Someone stopped by at her clinic named Kit that is a stumped FBI agent on "break". Frannie though earlier before that had heard an animal cry, captured in a bear trap and ran to save it. She got there and there was this beautiful little girl, frantically searching for a place to hide. She was tattered and dirty, she seemed normal until she turned around and frannie saw these beautiful wings on her back.

This book was a harder book for me to start to enjoy it and read it, this is why i chose it. I recommend it to high schoolers and adults. It was a good read be because it was different, most of his books are about murders, crimes.. etc. This book was more fiction and i enjoyed. The kids were deformed and mutilated by scientists who were exploring. They killed off the children when they weren't good enough.

If you enjoyed the book "When the wind blows" 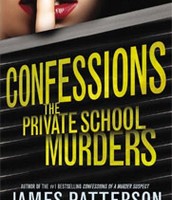 Wealthy young women are being murdered. The police arent looking in the right places for answers to solve this case. One of the recent victims happened at Tandy's school. She put 2 and 2 together and figured out that's probably where the killer does his work. Will she be another victim or will she solve the mystery before her life is over? 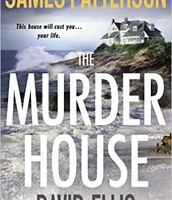 The house is right by the beach, beautiful view.. etc. That isnt the only thing about it though. Its cursed. All the locals know to stay away. A detective that used to live there, Jenna Murphey. She used to be local until she moved away, but nows shes back. A crime happened at the murder house, she has a secret that she has been hiding. If she doesn't reveal it, then, the murder house will take another victim. 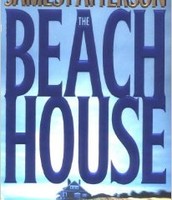 Jack Mullen is at law school in New York City when the scary news comes that his brother Peter has drowned in the ocean. Jack knows his brother and knows this couldn't be an accident. Someone must have wanted his brother dead. As Jack tries to uncover details of his brother, he cis confronted by a barricade of lawyers, police, and paid protectors who separate the multibillionaire summer residents from local workers like Peter. And he learns that his brother wasn't just parking cars at the summer parties of the rich. He was making serious money satisfying the sexual needs of the richest women and men in town.