The stigma on mental illnesses.

The stigma on mental illnesses. 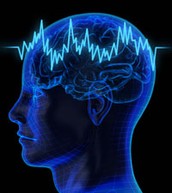 mental illnesses aren't handled as carefully as a physical illness, thus making it harder to get actual help and get treated properly.

this article shows how dark and deep a mental illness can go. postpartum depression shows signs of insanity like intrusive thoughts. the woman in the story described her thoughts as very scary. she described how she thought about smothering her son with a burp cloth. This shows that a mental illness can become very dangerous and needs to be handled carefully so that it wouldn't affect future generations.

A dangerous issue, affecting all ages.

"The care of people with serious mental illness was long a national disgrace. By the 1950s, slightly more than half a million psychiatric patients resided in overcrowded and underfunded state mental hospitals, often under appalling conditions." people found that dealing with a mental illness was a bit unnecessary for actual hospital care. it shows how mental illnesses back then are looked at way different than now. some people might consider that someone with a mental illness right now as being over dramatic, although it is a very serious case that needs to be looked at. "The idea that community health centers could supplant state mental hospitals was little more than a fantasy."

"A history of treatment for mental illness, The Washington Post, June 28, 2014"

treating mental illnesses have definitely changed since as far back as the nineteenth century. "Large state psychiatric hospitals are built to house patients who are forced to comply with therapies that are often crude and ineffective." these treatments didn't work and many of the patients left still unaffected. "Legal protections for patients emerge as horrific conditions in asylums are exposed and former patients begin demanding civil rights." the treatment for mental health seemed that it took a downfall and treatment became worse. "Drugs for treating psychosis make community-based treatment possible," now in the mid 20th century, mental health is actually being looked at by some doctors with care. finally in the late 20th century people begin to realize that mental illnesses are very dangerous and most doctors do what they can to control it.