Arynn is using Smore newsletters to spread the word online.

Get email updates from Arynn:

The Algonquin people lived along the border between Ontario and Quebec, right above Lake Ontario and Toronto, in the Ottawa Valley. They were north of St. Lawrence River. 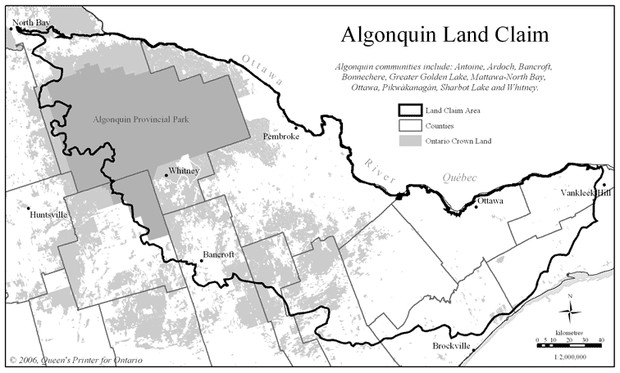 The climate there was pretty normal. In the summers the temperatures were usually higher than 20°c, but the humidity makes it even warmer. There is lots of rain and sometimes severe thunderstorms. The average amount of precipitation is about 600mm. The winter is between -10°c and -20°c. There are lots of strong wind chills and about 200mm and 300mm of snowfall each year.

The topography is very simple. There are lush green plants, long roaming rivers, flat lowlands and fertile soil. There are plenty of trees that cover all of the lowland.

The neighboring groups to the Algonquin were:

The Algonquin people followed a patrilocal system. When couples would get married they would go live with the males parents. They were a partriachal, which means the power was passed down the males side. These people were patnlineal. The hunting grounds would be passed from father to their sons. The role of the chief generally stayed within one family, passed from father to eldest son. The chief of the clan would be called the Ogima. But women and men would come together to make group decisions. 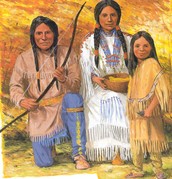 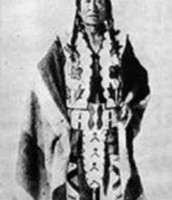 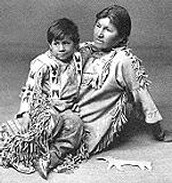 Shelter: They lived in houses called Wigwams. They were domed shaped structures made from local materials. They would get saplings (3-4.5m) because they were flexible. Those were placed in a circle pattern on the ground. The tallest saplings were arched over the center and smaller ones on the outside. Another set was wrapped around the outside for extra support, then they were all tied together. When the wigwam was all done they placed tree bark all over. 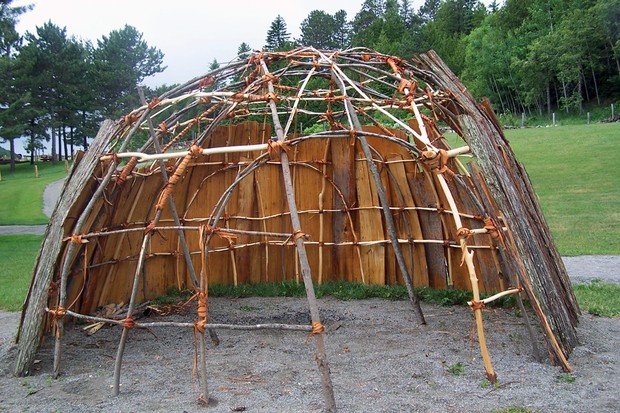 Clothing: Animals mostly provided the clothing, their furs hides and feathers were all used. Some of the animals that were used to make these clothes were moose, deer, beaver, muskrat, bear, partridges. Women made the clothing and sewed sleeves on them for the winter. 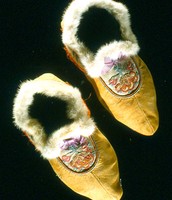 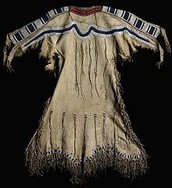 Food: The food gatherers were known as the hunter-gatherers. They relied on food from nature, deer and moose were staple meats, but they also ate rabbits and birds. To save meat for winter, they stored it with berries and dries, also know as pimikan. They made lots of salads with berries and a variety of stews. 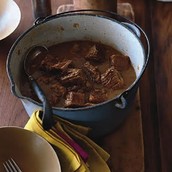 Transportation: In the summer, short distances were traveled by foot, which was helpful for hunting. For traveling far distances were often traveled by water. They used canoes made of birch bark. In the winter however, most all traveling was done by foot, because canoes were not really an option. They used snowshoes, a paddle like shape (frame) with latticed (which is a criss-cross pattern) strips of leather across the frame. 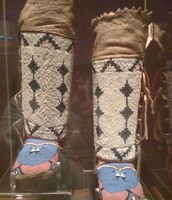 Arynn is using Smore newsletters to spread the word online.