"Imagination does not become great until human beings, given the courage and the strength, use it to create." 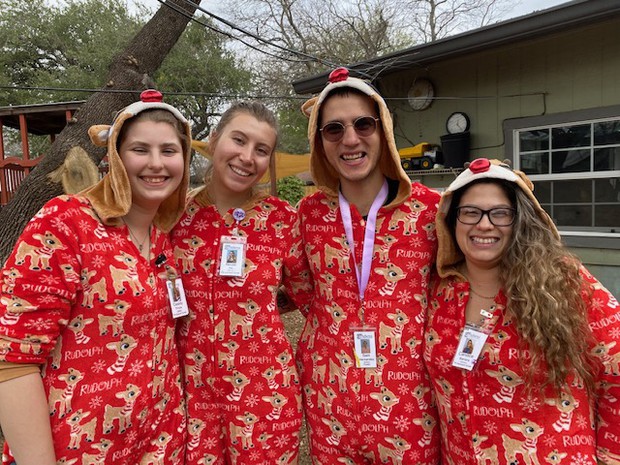 We are so happy to be back at school and seeing all the joyful faces we missed so much! We were able to close out the year with lots of community love and appreciation amongst our wonderful staff, students, and families all around campus. It was an exciting end to a great year at Athena and we cannot wait to see what is in store for 2023! 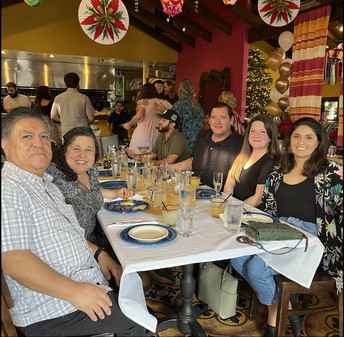 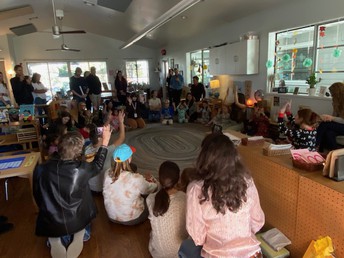 Check out the Athena Parent Calendar and stay tuned to important school events! 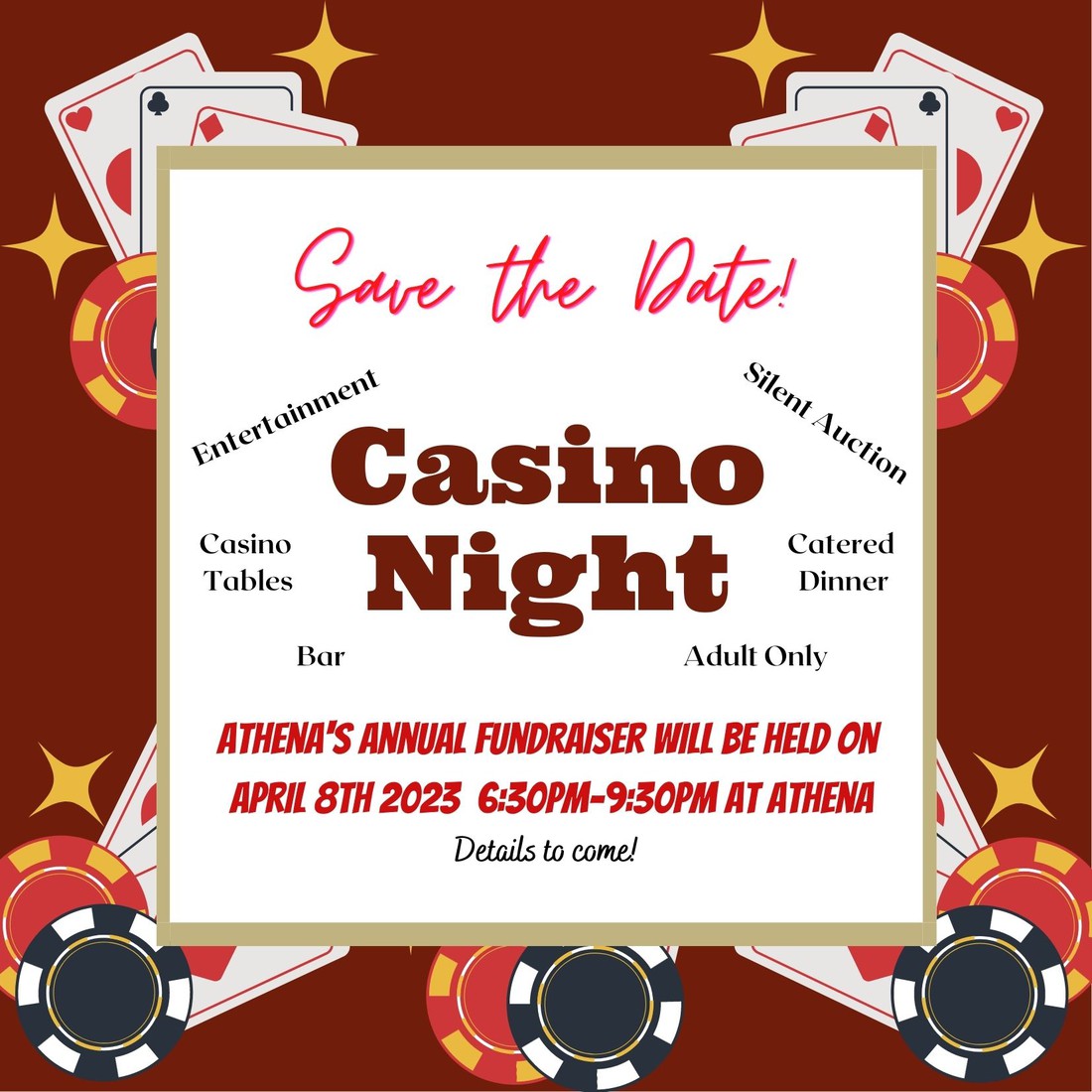 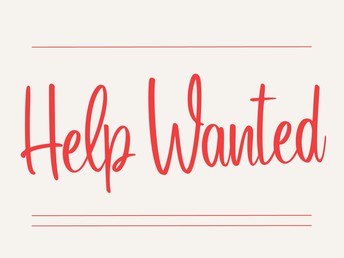 We are in full swing with Casino Night preparation!

Are you interested in helping make this event a HUGE POST-COVID SUCCESS!???

Do you know someone in the restaurant biz? Or a great musician? Send them our way! We have not yet secured a caterer or band or DJ.

Do you own or know of a business that would be interested in getting their brand in front of our community? We are looking for donated goods or services for the silent auction, which will be available for sale online prior to the event!

Keep an eye on your email inbox for details, a letter outlining our fundraising goals, and an auction donation form to hand out to your favorite businesses!

Looking forward to celebrating the new year with our community in April! 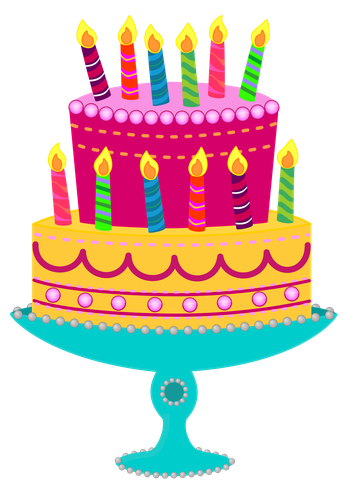 “Freedom is the bonus you receive for telling the truth.”

Martin Luther King, Jr. was so much more than his “I Have a Dream” speech. His focus went far beyond desegregation and colorism. He saw clearly all aspects of structural injustice. He spoke tirelessly and eloquently against racism, poverty, materialism, and militarism.

Dr. King organized the Poor People’s Campaign in 1967, and announced that there would be a march on Washington In May of 1968 with demonstrations lasting until mid-June of that same year. He was set to demand a $12 billion Economic Bill of Rights guaranteeing employment to the able-bodied, income to those unable to work, and an end to housing discrimination. Dr. King bravely made no secret of his agenda. He was assassinated one month before the march was scheduled to take place.

We are fortunate that many of Martin Luther King, Jr.’s speeches have been transcribed and recorded for posterity. We urge you to listen to his words from the recent past, with an ear tuned to the happenings of today. His words are needed, his call to action is vital, his mission has not yet been accomplished.

An excerpt from “The Other America”:

“I want to discuss the race problem tonight and I want to discuss it very honestly. I still believe that freedom is the bonus you receive for telling the truth. Ye shall know the truth and the truth shall set you free. And I do not see how we will ever solve the turbulent problem of race confronting our nation until there is an honest confrontation with it and a willing search for the truth and a willingness to admit the truth when we discover it. And so I want to use as a title for my lecture tonight, "The Other America." And I use this title because there are literally two Americas. Every city in our country has this kind of dualism, this schizophrenia, split at so many parts, and so every city ends up being two cities rather than one. There are two Americas. One America is a beautiful situation. In this America, millions of people have the milk of prosperity and the honey of equality flowing before them. This America is the habitat of millions of people who have food and material necessities for their bodies, culture and education for their minds, freedom and human dignity for their spirits. In this America children grow up in the sunlight of opportunity. But there is another America. This other America has a daily ugliness about it that transforms the buoyancy of hope into the fatigue of despair. In this other America, thousands and thousands of people, men in particular walk the streets in search for jobs that do not exist. In this other America, millions of people are forced to live in vermin-filled, distressing housing conditions where they do not have the privilege of having wall-to-wall carpeting, but all too often, they end up with wall-to-wall rats and roaches. Almost forty percent of the Negro families of America live in sub-standard housing conditions. In this other America, thousands of young people are deprived of an opportunity to get an adequate education. Every year thousands finish high school reading at a seventh, eighth and sometimes ninth grade level. Not because they're dumb, not because they don't have the native intelligence, but because the schools are so inadequate, so over-crowded, so devoid of quality, so segregated if you will, that the best in these minds can never come out. Probably the most critical problem in the other America is the economic problem. There are so many other people in the other America who can never make ends meet because their incomes are far too low if they have incomes, and their jobs are so devoid of quality. And so in this other America, unemployment is a reality and under-employment is a reality. “

The Other America, full transcript

Letter From a Birmingham Jail

I’ve Been to the Mountaintop

The American Writers’ Museum Collection of MLK Speeches on Video 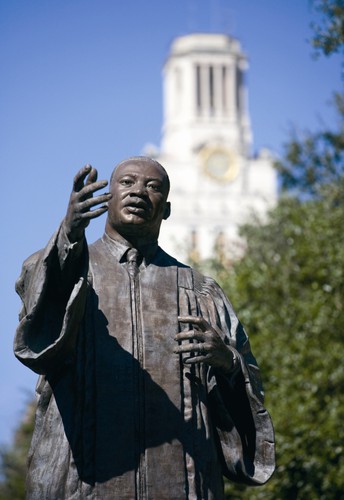 Continuing our admiration for Dr. King, check out these events happening around town in celebration of the amazing work and inspiration he has instilled in our community. 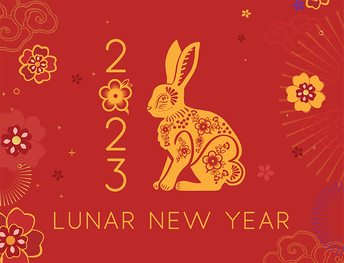 This year, the Lunar year starts on January 22nd! Here are some fun books for children to learn and celebrate with the community.

If your family has any special traditions or celebrations they would like to share in class, please feel free to coordinate with your Lead Guides.

"Amy Wu and the Perfect Bao" by Kat Zhang

"The Nian Monster" by Andrea Wang

"Sam and the Lucky Money" by Karen Chinn 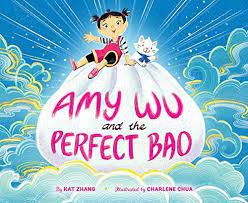 Amy Wu and the Perfect Bao 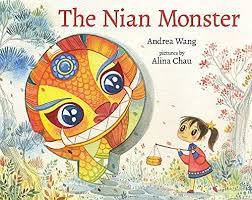 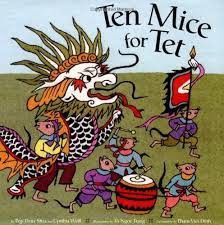 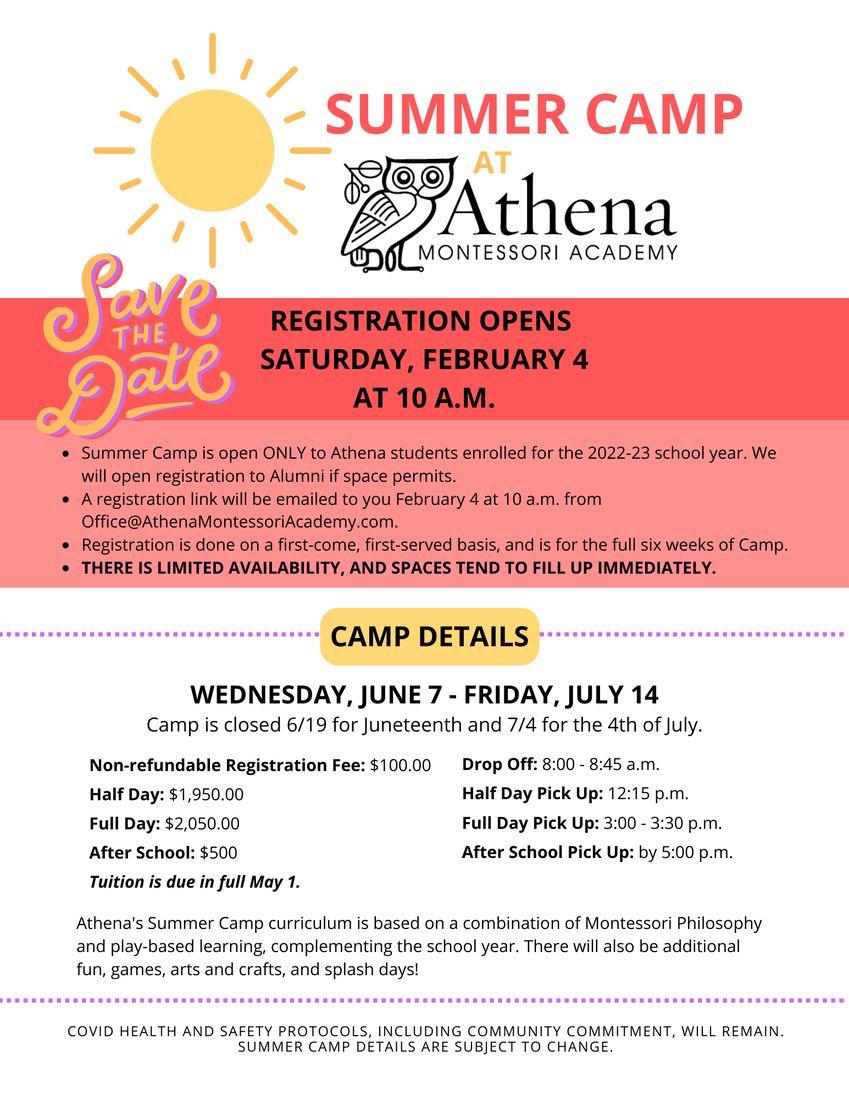 Waiting Pool Families:
Spring Enrollment: Spring enrollment is complete. Should we have any unexpected openings, we will be reaching out to individual families as we learn of them. As a reminder, siblings of current students are given priority for enrollment, followed by the general waiting pool.

2023-2024 Enrollment: Enrollment for the 2023-2024 school year has begun, with re-enrollment of current students underway. We will move on to enrolling siblings of current and alumni students this month, followed by general waiting pool enrollment. You can expect to hear from our Admissions Director by the end of March if we are able to offer your child a spot.

Our continued goal in the admissions process is to be as transparent as possible, and we strive to give you the most accurate information we can during each step of the deliberate process of enrollment. We respect that decisions related to your child's education are important and timely ones, and we will continue to send you general enrollment updates via this monthly newsletter. Thank you for your continued interest, and we encourage you to reach out with specific questions related to your child's enrollment at any time.

Please direct admissions & enrollment questions to our Admissions Director, Joy Jacobson. You can email her directly at Admissions@AthenaMontessoriAcademy.com.

WANT TO LEAVE YOUR MARK AT ATHENA?

Get your personalized brick installed on the path by our breezeway. A form will be sent home with your child in February. You can choose to include your name, commemorate your graduate, or celebrate a teacher. You can even include a custom signature! Please return your form by February 28th to a member of the Admin team at drop-off or hand it in at the front office.

Remember to visit http://MyMealOrder.com to verify if you've signed up to receive meals for the month of January.

Need labels? Oliver's Labels has labels for backpacks, shoes, clothes, lunch boxes, and water bottles!  Click on the image above to purchase customized labels and Athena will receive 20% of your purchase!

For Small Hands carries a wide variety of items for children, all child-sized, fun and developmentally-appropriate!  Use our code below, and Athena will get a percentage of the sale to apply towards materials for school. CODE 165595