A "Thriller" of a man

A "Thriller" of a man 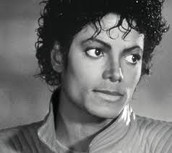 At The top of his career 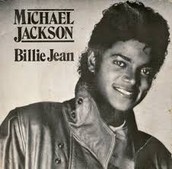 Micheal Jackson at an early age discovered he had a talent for music.His father,Joseph Jackson,was a guitarist until Micheal was born.Joseph believing his sons had a talent,he molded his family into a musical group in the early 1960's.

At the age of 13 Micheal launched his first solo career.His First record ,Got to be there,Was a big hit because he made the charts Because his family band "Jackson 5". Mr. Jackson's First solo No.1 single was a song called "ballad about a rat."For the next several years Micheal was busy with recording and touring with the Jackson 5 band.In 1980 The Jackson brothers went on a tour so Micheal could branch out on his own career.

Micheal Jackson in 1982 came out with his hit album Thriller witch sky rocketed him to the top of the charts.By this time he was the top of everything,he was on the radio and on t.v.Everyone loved his music.

In 1993 Micheal Jackson was faced with child molestation charges. A 13 year old boy said that Micheal; Jackson had touched him. After the trial that the star lost his career was destroyed.He had faced finances and lots of legal fees. After a while in 2009 Micheal Jackson went into cardiac arrest in his home.This ended a amazing Life of a "Thriller" man.