Students will again be allowed to keep their district-issued iPads and hotspots over the summer. This allows learning opportunities to continue throughout the summer. Exceptions include graduating seniors and students unenrolling from District 196. For more details and guidance around this, please visit this website which can also be found in the About menu of the district’s website (http://www.district196.org). If you have questions, contact your child’s school or submit at https://www.district196.org/techhelp. Thank you.

This message is for current 10th graders who are registered to take AP World and European History (APWE) for the 2021-22 school year. There will be a Zoom meeting on Wednesday, June 2nd beginning at 11:00 am to share information about the course and summer reading opportunities. Please use this Zoom Meeting LINK below and remember you must be logged into your Collab account. We look forward to talking with you soon. -Dr. Beach, Mr. Vande Berg, and Mr. Wollersheim.

This message is for current 10th graders who are registered to take AP English Language & Composition (AP Lang) for the 2021-22 school year. There will be a short MANDATORY Zoom meeting on Wednesday, June 2nd at 11:30 am to share information about the course and summer reading homework. Please use the Zoom Meeting LINK below and remember you must be logged into your Collab account.

We look forward to talking with you soon. -Joy Hanson and Beth Schweich

Attention 10th grade students and parents: Every year our World History students are provided the opportunity to travel on an academic trip to experience selected cultures, cities, and sites that are explored in our World History curriculum. There will be an informational meeting on Wednesday, June 9th beginning at 1:00 pm via Zoom for any current 10th grader who is interested in the World History trip to Austria, Hungary, and Czechia scheduled during Eastview’s spring break in March 2022 (during your junior year). Please use this LINK to join the Zoom meeting. Contact Joe Wollersheim if you have questions at joseph.wollersheim@district196.org.

Attention 9th grade students and parents: Every year our World History students are provided the opportunity to travel on an academic trip to experience selected cultures, cities, and sites that are explored in our World History curriculum. Any current 9th grader who is interested in the World History trip to Spain and Morocco scheduled during Eastview’s spring break in March 2023 (during your junior year). Please use the following links to learn more and/or register for this experience! Please email Dr. Beach with additional questions at todd.beach@district196.org 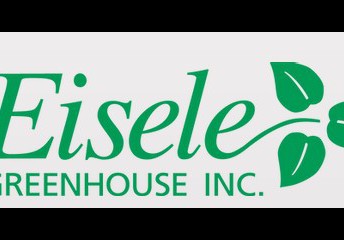 Eastview Lightning Football players are asking for your support by purchasing flowers from Eisele Greenhouse in Lakeville, MN. During the entire month of May, any purchase made online, in person, via email or over the phone and designated EASTVIEW FOOTBALL or EASTVIEW HIGH SCHOOL, Eisele will give 15% of all sales back to the program. 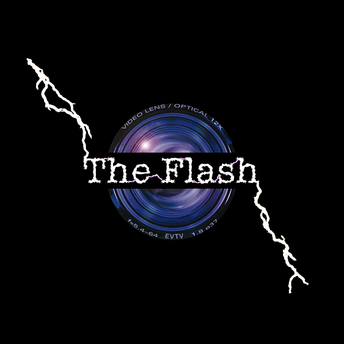 Check Out the Latest Episode of The Flash

The Flash is Eastview's weekly student news production. Check out the May 28th episode here. 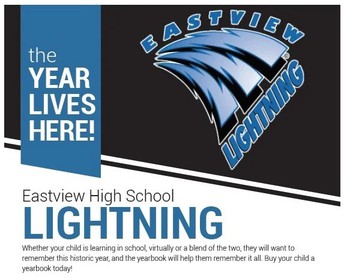 Last chance to order your 2020-2021 EVHS yearbook! Orders will close on June 6th. To order a yearbook, go to www.yearbookforever.com.

Click here to see if you've ordered a yearbook. 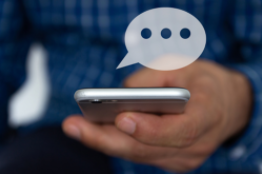 To opt in to EVHS and District 196 text messages, text Y to 67587. Carrier messaging rates may apply.

We’re Hiring!
Like kids? Teach swimming, be a lifeguard and work in our pools! Financial assistance for training available. Apply today online!

Develop Your Sports Skills with our High School Coaches!
We’re collaborating with high school coaches to host a variety of quality, exciting sports camp opportunities for athletes in kindergarten to grade 12. Head coaches and assistants have planned and prepared camp activities that will promote skill improvement and good sportsmanship, all while having fun! Participants should register for camps based on their grade for the 2021-22 school year. Hurry, register now! Sports camps are filling fast!

Quarantine Guidance for those are vaccinated (updated as of April 7, 2021)

Who does not need to quarantine:

If you have recovered from COVID-19 in the past 90 days and have close contact with someone with COVID-19, you do not need to quarantine if ALL of the following are true:

If someone has completed COVID-19 vaccination (two doses in a two dose series or one dose in a one-dose series) and is exposed, they do not need to quarantine if ALL of the following are true:

Please Call, Email, or Complete the Form Below To Report COVID-Related Information

Please call or email EVHS school nurse Melissa Persigehl with the following information. Or, you may complete the form at the link below.

Nurse Persigehl will assist with screening your symptoms and walk you through the reporting process if symptoms are deemed COVID-19 related.

For all up-to-date information regarding your EVHS senior, please click here or go to the EVHS Website and go to Families>Senior Information. 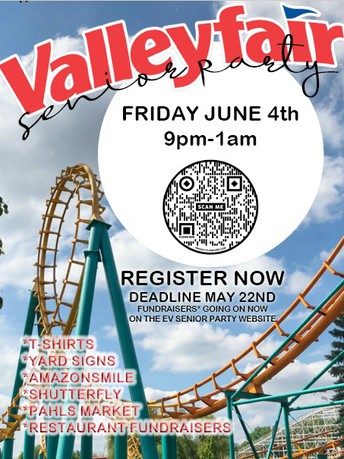 Next Friday is the big event! Click here for details regarding the Senior Party!

The Learning Commons has a collection of calculators which have been left at school by former students and never reclaimed. We created a plan to lend these devices to students who may not be able to obtain their own calculator. Many of the units are showing wear and a few no longer work at all. We are hopeful to restock our supply through donations and are especially in need of TI-83 and TI-84 graphing calculators. If you have a graduating senior or a student no longer taking math classes requiring a graphing calculator, please consider donating your unused devices for use by other students. These units will be added to our collection for checkout and returned at the end of each year. Any donations can be labeled for the Learning Commons and left at the West Door Security Office or dropped off in the Learning Commons. Thank you for your consideration. 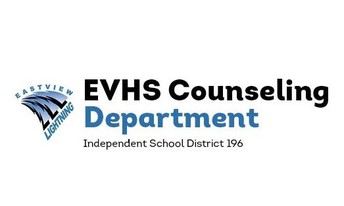 Eastview High School's Counseling Office is here to help with lots of information for you and your family. Check out the May 28th counseling newsletter, The Climate Change, today!

The report makes it easy for students, families, high school counselors, and others to find out what hundreds of colleges and universities have decided about the upcoming college application season. More than 450 NACAC-member institutions contributed to the report, with more responses added daily.

Credit Recovery classes for this summer are open for registration! We will have two three-week sessions: June 14 – July 2 and July 12 – July 30. Classes will be in-person, with limited online options, from 8:00am – 1:00pm. Students may take up to four classes per session, and can do one or both sessions. This is an excellent opportunity to make up credits lost this past year and start next year back on track! Work with your student’s School Counselor and/or Case Manager to determine what courses are needed. Click here for more information: https://evhs.district196.org/academics/summer-programming

DO YOU HAVE SPIRIT?

Any questions or if you are unable to attend but are interested, please contact Head Program Coach Tim at EastviewCheerTeam@gmail.com

The Lightning were led on the mound by starting pitcher TJ Egan who went 6 innings and struck out 9 Chanhassen hitters. The offense struggled to generate hits. Dahltyn Virnig, Sam Groebner and Brady Schmitz got a hit each, with Groebner driving in Eastview's only run in the 6th inning. The Lightning finished the regular season with a 10 - 10 record. The Lightning will begin Section Playoffs next Monday against an opponent yet to be determined.

Starting Pitcher Isaac Finley threw 4 good innings striking out 7 Tiger hitters. Finley gave up 4 runs but none of them were earned. The offense was led by Sam Groebner who had two of the team's six hits. Also, collecting hits for the Lightning were Aaron Lagios, Dahltyn Virnig, Brady Steenson and Jack Pepin. The Lightning will play their regular season finale at home today against Chanhassen.

The Varsity girls golfers shot a season low team score of 318 at the section course, Bunker Hills on May 21 in the Bunker Preview. Kennedy Brom tied for first with a season low 75, and Lauryn Finley followed with a 76! Other players on Eastview White were Emma Lai, Kate Young, Elara Egner, and Addison Schafer. Our Eastview Black team was represented by Lilly Spade, Maddie Peick, Ella DeMaster, and Alexandra Eernisse. On Wednesday, May 26th, the girls competed in the final tournament of the regular season at Emerald Greens. After 8 years, they brought the Dakota County Champion title back to Eastview and set a tournament team low record of 326! On top of that, Emma Lai and Megan Young shot personal low scores! Lauryn and Emma tied for 4th, both shooting a 79. Kennedy shot 83, and Kate an 85. Elara Egner, Maddie Peick, and Ella DeMaster also played for the Lightning. Thanks parents and family members for coming out to watch and support. The Lightning will compete in the Section tournament on June 4 & June 7. #bringittobunker

Eastview traveled to play Bloomington Jefferson for their final regular season game. The Lightning scored first and led during the first half before the Jaguars pulled away to take the win. Scoring for Eastview were Jessica Wilhelm (4), Chloe Benadum, Corinne Cochran, Natalie Pace and Kyla Palo. Section playoffs begin next week!

The Lightning JV boys golf team made history this week finishing with a perfect regular season conference record, 9-0 and then topping it off with a 3 shot victory at the South Suburban championships at Heritage Links on Tuesday! Congratulations to all the boys and coaches Wagner and Monroe for an unbelievable season. If you see these boys in the hallways please congratulate them. Christian Lillehaugen, Calvin Hayward, Tyler Gross, Vinny Laurienzo, Sam Gillis, John Kisch, Walker Berglund, Jordan Brothers, Zach Wooten and Jake Swanson.

The boys track team completed their JV season with the South Suburban Conference Championship on Monday afternoon. The Lightning ran to a dominating performance in the 400m taking 4 of the 8 scoring positions lead by junior Noah Landwer in 3rd place. The team had an even stronger showing in the pole vault finishing in 1st, 3rd, 3rd (tie), and 6th. Freshman Connor Barry won the event with a new PR vault of 9′ 6″. In the 800m the Lightning took 3 of the 8 scoring positions lead by junior Aiden Mekonnen who finished 4th overall.

Congratulations to all of the athletes who completed their season today and thank you to the parents and family members for your support throughout the season. Please visit the eastviewathletics.com or speak with your event coach about summer opportunities at Eastview to stay in shape (super group, running club, etc…)

The Varsity Lightning are next in competition at the SSC championship on June 1st.

The Eastview Sophomore Baseball team struggled to get their offense going on Thursday and found themselves on the opposite end of a 12-2 game against Prior Lake. Prior Lake's ten hits and the Lightning's three mishaps resulted in the lob-sided score. The Lakers six run second inning opened the door for the hard hitting squad. Caleb McGrath had two hits for the Lightning offense and Sean Kalthoff had one hit. The Lightning conclude their season with a home game against Chanhassen on Tuesday. GO Lightning! 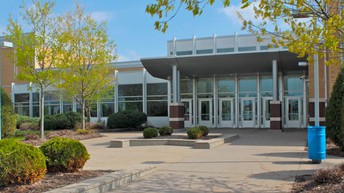 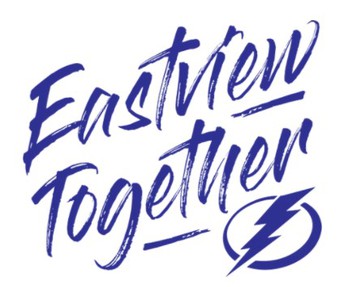