Karman is using Smore newsletters to spread the word online.

Get email updates from Karman:

Racism is when someone is discriminated and directing against someone of a different race based on such a belief.Racism is likely to happen in schools or in sports and maybe on on the street.Racism is very bad,it hurts other people feelings.It also causes violence.

The issue that we are doing is racism in soccer. Racism in soccer is when players are discriminating other players color or belief. But it always leads to fights. Also causes the player to walk off the field. This also because of the fans. one of the players involved in this problem is Kevin prince boateng. He is from Ghana and plays for ac Milan. One the he was playing a game but because of some racist fans he had to walk off the field. Also the game was called off. another good example is Mario belotelli. belotelli is apart of this problem However he still continues to play. But not only fans are being racist but the members of Ac Milan are being very racist to belotelli. Fans say that there is no such thing as a black Italian. But he still never gave up he never even switched clubs. He continues to play for Ac Milan. There are many more situations in soccer but it dose no seem to change.

Here is a good example of racism in soccer. this video shows racist fans chanting racist comments to Boateng, and soon he leaves the field without playing.

Mario bellotelli is another good example of racism. Bellotelli is an Italian soccer player. He plays for the Italian club ac milan. He also had to face bad racist comments,while playing but not only by fan even the members of ac milan. Fan say that there is no such thing as a black Italian. But still he plays without leaving the field. 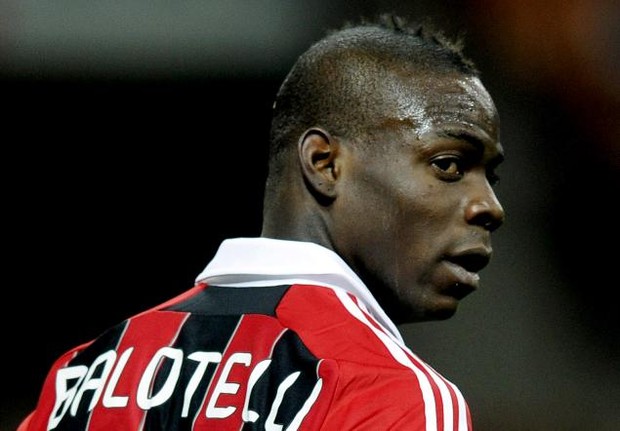 Uefa champions league,uefa europa and fifa are hoping to heae no more racist comments on the feild for the future.

Black soccer player Mario balotelli is facing very racist comments by fans .fans were saying things like there is no such thing as a black Italian soccer player.

Kevin -prince-boateng had to walk off the field because off some racist fan chanting bad things.so he walks off with out playing.

Karman is using Smore newsletters to spread the word online.

Follow Karman Gill
Contact Karman Gill
Embed code is for website/blog and not email. To embed your newsletter in a Mass Notification System, click HERE to see how or reach out to support@smore.com
close