Click here for more information on catering options from Zov's

Beckman High School is presenting the musical production, Rodger & Hammerstein’s “State Fair.” The production will be performed in the school’s Performing Arts Center, 3588 Bryan Avenue, on February 23 and 24, March 2 and3, all performances at 7 p.m. with a special matinees on Sundays, February 25 andMarch 4 at 2 p.m. Tickets are available at the door or at the Beckman High BoxOffice: $15 general admission, $20 preferred seating, and $10 students with ASB. This performance is presented through special arrangement with R & H Theatricals and through grants by the Tustin Public Schools Foundation and the Beckman HighEd Fund

“State Fair” was the only Rodgers & Hammerstein musical written directly for film. The production includes the songs Our State Fair, All I Owe Ioway, It Might As Well Be Spring, It’s A Grand Night For Singing, Isn’t It Kinda Fun?, and That’s The Way It Happens. 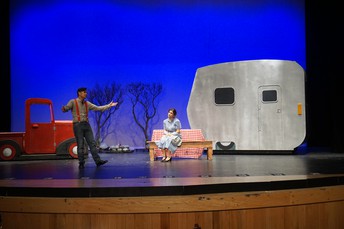 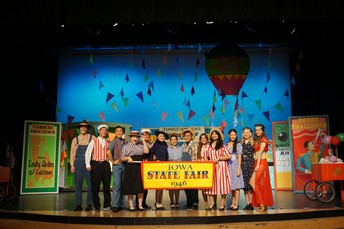 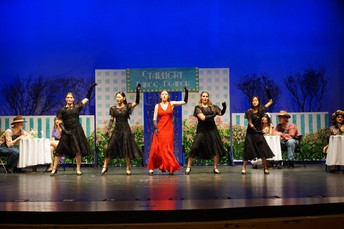 Fun was had by all who attended the Annual Hillview Hawk Games on Friday Feb 20th. Students participated in a variety of activities including bowling, hula hooping, soccer, dance and craft making. This was the first year general education students from our Reverse Inclusion class have been able to volunteer at the event. They all agreed it was an amazing and rewarding experience! 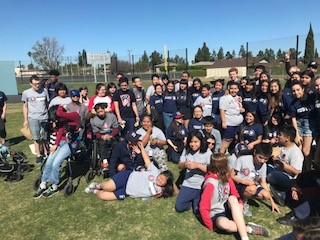 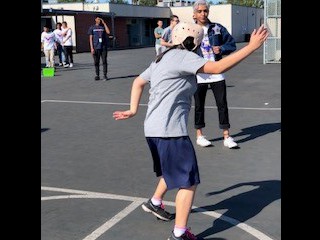 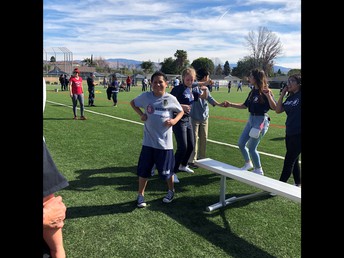 As some of you may be aware, there is a nationwide movement happening across high school campuses related to school safety that is entirely student led and student driven. This movement, called National School Walk-Out Day, is set to occur on March 14th, 2018. At Beckman, we are aware of this event and are currently working with student groups to come up with a united, safe way for our students wishing to express their beliefs (or refrain if they prefer). The specifics of the plan are emerging as we determine the extent of student involvement, however administration and student led groups are working together to ensure the safety of our students during this event. On March 14th, to ensure the safety of our students, we will have additional police presence and will not be allowing visitors on campus during the event. If your child has a doctors appointment or other commitment, please make sure they are picked up prior to 9:30 or after 10:30. Thank you for your patience and your understanding.

On Thursday, March 15th Beckman is pleased to welcome back BHS Alum Nikki Daurio. Nikki graduated from Beckman in 2015 and went on to Harvard where she played water polo. During her freshman year at Harvard, Nikki struggled with mental health issues and eventually spent time in a psychiatric hospital. She has since begun working to "Stop the Stigma" of mental health diagnosis and is currently a board member of the national Green Ribbon Club whose mission is "ending the social stigma surrounding mental illness in order to encourage communities to utilize local public health resources, with the ultimate goal of mitigating the rising number of suicides in the United States." Students will have the opportunity to attend an assembly to hear the message or remain in their class for a planned study hall. There will also be counselors available for students to meet with as needed. 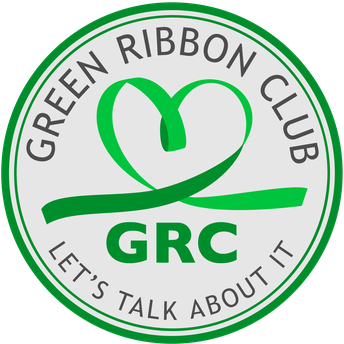 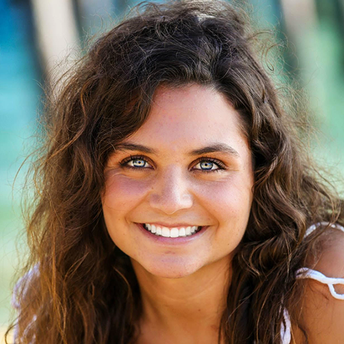 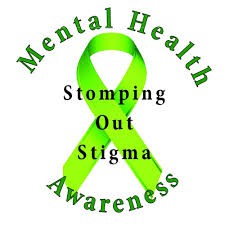 Congratulations to Lilian Pan who recently was named a Gold Honorable Mention in Fiber Science and Apparel Design. The Cornell Design Award for High School students was established in 2009 as a way to introduce High School students to opportunities in Fashion Design at the college level. Since then, we have received over 1,400 entries showcasing a wide variety of creative talent from the United States and abroad. Our panel of judges is consistently impressed by the creativity of the entries answering our challenges. 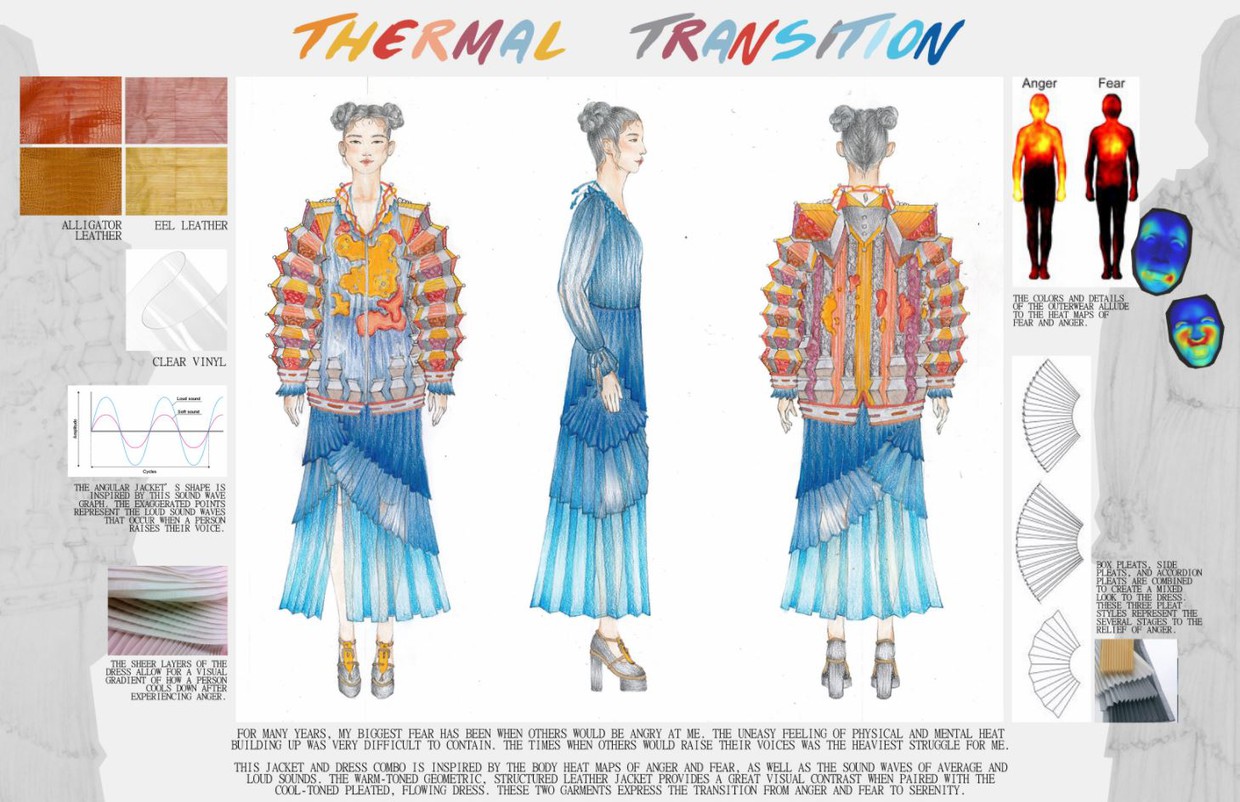 The BHS Dance Team, under the direction of Megan Chavarria, completed their set of regional competitions on Saturday, February 24. For the first time ever, the team has qualified for Nationals in every category they compete. The following are the summaries of their successes so far this season: 1st Place in Pom at Sonora High, 1st Place in Small Jazz at San Pasquale High. They've also earned top 3 honors in each of the following categories during the regional competition season: Large Lyrical, Intermediate Lyrical, Small Lyrical, and Extra Small Dance. Also, Landry Beaux qualified for Nationals by placing 2nd overall at the San Pasquale Regional competition. The team will compete at USA Nationals in Anaheim on March 29 - 31. 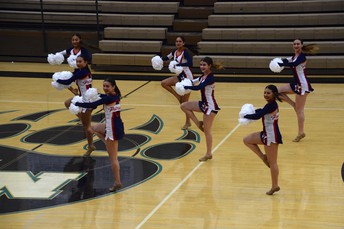 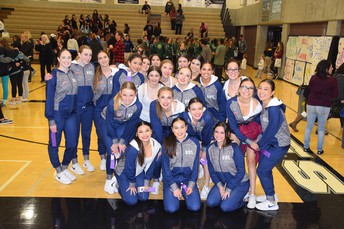 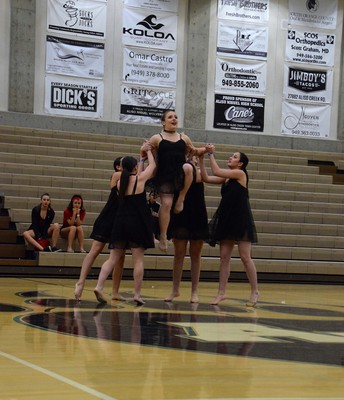 Salute the Patriots! The Beckman High Cheer Squad competed this past weekend at the USA High School Spirit Nationals in Anaheim, California. The squad advanced to the final round and took home the bronze medal. Congratulations Beckman Cheer on an outstanding and successful competition season. 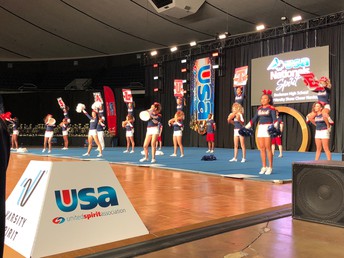 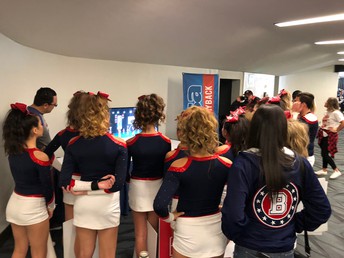 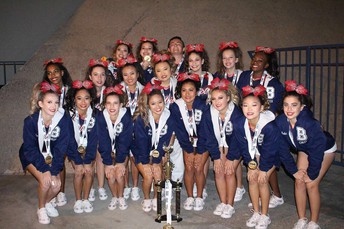 Robotics competed in the STATE competition that took place in Pomona in February. This tournament had 48 of the best teams from all over California. We sent our 2496V, 2496N, and 2496R teams to this event. After a grueling day of qualification matches our three teams ended up 5-2, 5-2, and 4-3. Placing them in 6th, 9th, and 16th. Our 2496V and 2496N teams made the eliminations rounds. Unfortunately 2496N got knocked out in a nail biter set of matches that were decided by less than 10 points! 2496V on the other hand, pulled through to make Beckman Robotics California State Champions.....AGAIN!!! Yes, that means 2496V is going to worlds week of April 23rd. Congrats to all our Robotics students! 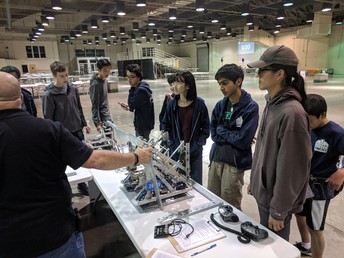 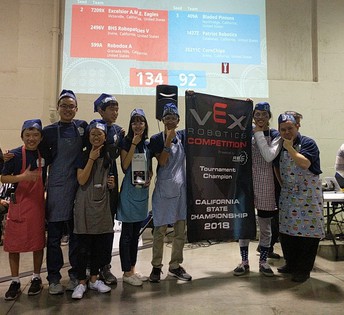 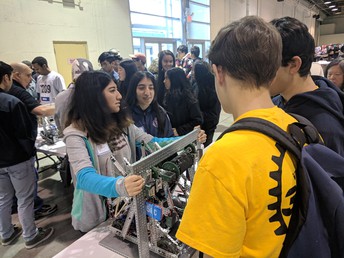 All 5 of our BHS Robotics teams (V, N, R, X, and Y) recently competed in their 3rd and last TUSD VEX tournament at Orchard Hills with. After a long day of ups and downs, all of our teams had a great showing with records of 6-0, 5-1, 4-2, 4-2, and 4-2 (most losses were against each other) with all five teams making the elimination rounds. Teams R, X, and Y lost in the quarter finals, N and V lost in the finals and the X team also won another design award! Our teams dressed up in honor of Winter Formal (Pictures below). We still have one more regional Saturday, Feb10th at Corona High School before our Socal State competition at Pomona Fairplex. 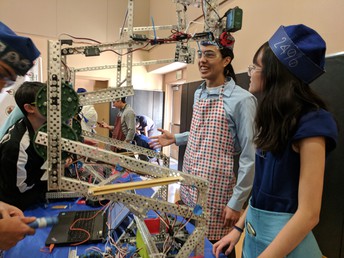 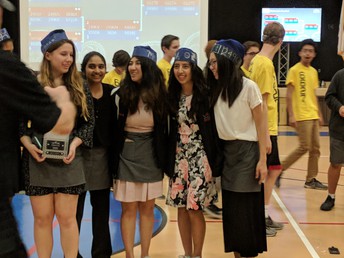 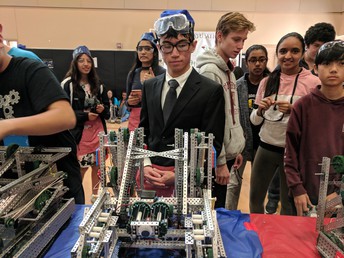 On February 7th, the Anaheim Ducks High School Hockey League held their 7th annual All-Star game. Four Beckman students participated (Thomas Gallegos, Tommy Tasigeorgos, Alex Altman, and Hayden Maxwell. Also, the varsity team for Beckman Area Ice Hockey finished the regular season undefeated, winning their 23rd consecutive game on Saturday. The Patriots defeated the Corona Norco Stingrays 4-3 in a shootout. Patrick Gardner, Alex Altman and Jake Norris netted goals in regulation and Hayden Maxwell and Grayson Yada scored in the shootout to give the Patriots the victory. Danny Tasigeorgos earned the win in goal. Having completed their regular season the varsity squad will enter the playoffs seeking their first ever varsity championship. The Patriots have earned a first round bye and will open the playoffs on Tuesday, March 6th at 6:25 p.m. at Lakewood Ice with their opponent to be determined. 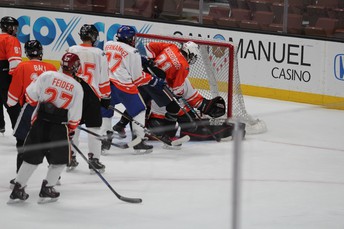 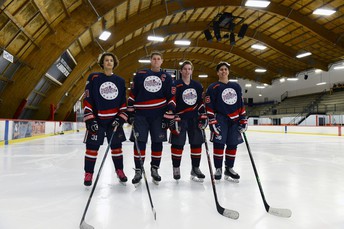 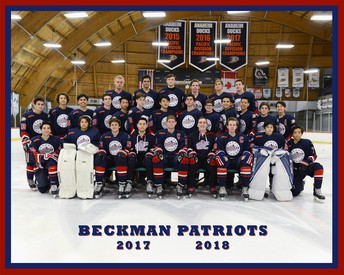 On Saturday, February 24, the Beckman Math Team (and their associated plushie animals) participated in Cal State Long Beach's "May Day at the Beach" competition, coming in second place. This was our best performance to date, going against the top 38 high school math teams in the four county area (Los Angeles, Riverside, San Bernardino, and Orange Counties). Led by team captain Xuyang Yu (senior), the team had outstanding performances by all of its members: Xuyang, Billy Wang (senior), Chengxi Li (senior), Erik Chen (senior), Edward Jin (junior), and Catherine Cui (sophomore). In fact, Edward tied for the third highest score in the competition out of 228 contestants, and Catherine was tied for the highest score among sophomore competitors.

On Thursday, March 1, the Beckman Math Team completes the fifth and final round of the Mandelbrot Competition. Our team is currently in second place in California (third place among teams west of the Mississippi) after the first four rounds. On March 18 our team travels to UC Berkeley for the Berkeley Math Tournament and goes against the top teams from across the entire nation (including schools like Philips Exeter Academy and Thomas Jefferson High School from Virginia). Our season wraps up in April with a double header weekend of the UC San Diego Honors Math Contest on April 21, then the American Regions Math League Local competition here at Beckman on April 22. Beckman has been the top performing Orange County school in ARML Local for the past two years and hopes to extend that to a three year run this year. 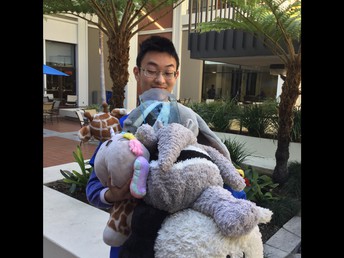 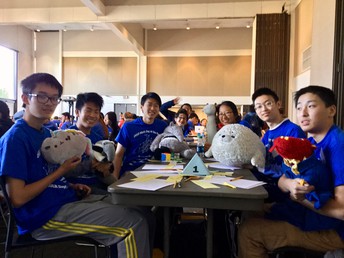 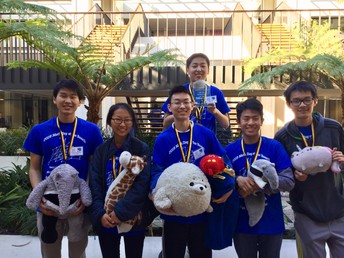