Christabel is using Smore newsletters to spread the word online.

Get email updates from Christabel:

Christabel has lived and performed musically in several cities her whole life but now considers Pune her home town, having lived and thrived here for some time now. A versatile vocalist with acoustic guitar skills, she performs as a solo artist using backing tracks, as well as a part of a duet or more.

Christabel's USP lies in her own honest enjoyment of her performances, and with over a thousand songs in her repertoire, she brings with her variety too. Her influences include Soul, Rock n' Roll, the Blues, Pop and Hip Hop.

Christabel has had experience singing with many different types of musicians and in various environments – from casual coffee shop gigs to exclusive wine & cheese events to full band stage concerts, pub gigs and 5-star hotel contracts. She is also often sought after for private parties, as she can single handedly provide retro entertainment ranging from Disco to Club to Hip Hop & RnB.

Christabel singing Make You Feel My Love by Adele 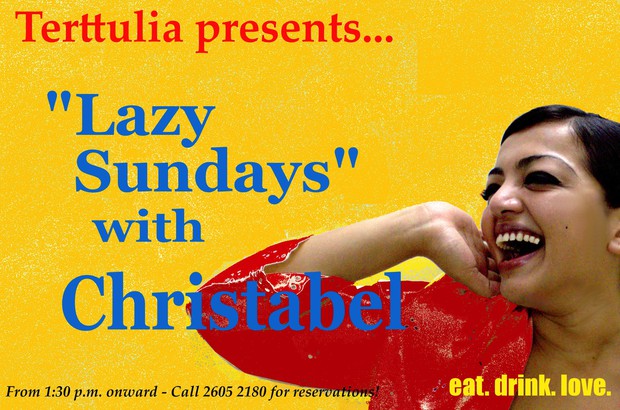 Christabel is using Smore newsletters to spread the word online.