Samarah is using Smore newsletters to spread the word online.

Get email updates from Samarah:

A Problem With The Media

A Problem With The Media 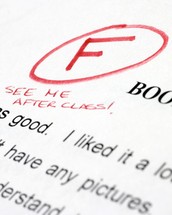 As time goes on, society is rapidly changing with its advancement in technology. Since the late 1900’s many new inventions have been created. With new inventions, come new effects on society. The media can have a positive effect, but yet, on the other hand extremely negative. Some problems with the media include a negative impact on our current and future success, and the advertisements that we see every single day.

With all of the media and technology that we take advantage of today, many students’ grammar grades have been continuously declining. “ The problem seems to be increasing, here in the age of texting, tweeting, and facebook” (Alessandra Potenza). The quote from “ F in grammar? Maybe it’s Your Phone's Fault” is saying that this generation is being overrun by technology, and is showing a big impact in our school work. Not only may it affect your school work, but possibly even your long term success when it is time to apply for jobs. In the same article it says “ In more than 2,000 applications submitted by young people this past summer, Babineaux encountered mountains of misspellings, missing punctuation, spacing mistakes, and abbreviations that are fine in text messages…” (Alessandra Potenza). A solution to this problem is pretty simple. Instead of being lazy, you can try to text, email, and tweet the correct way.

By doing things correctly, the hope is you will start to see a difference in school work and become more appetizing for jobs. I am personally guilty of typing incorrectly. Using this solution I hope to improve my grades and to never be declined from any job due to an error that could have been prevented. A study from 2008 showed that 64% of teens did not use proper writing techniques in their texting which eventually trickled down into their writing papers for school. If everyone tries to type correctly we can attempt to bring down the high number of sixty-four percent to 0!.

Almost everywhere you turn you cannot seem to get away from advertisements. Whether they are on an app, TV, or even the sides of a bus, advertisements can still leave their negative effects on society. One of the many problems with the media is that companies will do anything to make their product successful even if it means changing the people's point of view on things. These companies will target certain age groups, gender, and more. In the article “Teens in the crosshairs: Is target marketing Ethical?” states that too many advertisements are not good for you, but yet we see over 40,000 advertisements on television alone. Finding a permanent solution to this issue is very hard, but by cutting down on TV time you will not be exposed to as many ads. If that just sounds absolutely impossible then I suggest becoming a member of Netflix. Netflix is a company where you can watch TV shows and movies without ads. After cutting out advertisements can be better for you and help you stay confident who you are and what you may or may not have.

At the end of the day most people should be well aware of the negative influence that media has on us . It can affect people in the long run and waste your time on what some would call brainwashing. This problem in the media should not be as big as it is and people deserve to know that technology is not as great as we thought it was in all ways.

Samarah is using Smore newsletters to spread the word online.