By: Jayden, Natalie, Evan, and Zavier

By: Jayden, Natalie, Evan, and Zavier

On Thursday, February 23, students in Mrs. Lawrence along side with students from other classes will compete against other schools in the Math Bowl Competition!

The students that are in Math Bowl in our class are: Zavier Smith, Jayden Rucker, Evan Burns, Luke Pumphrey, Addison Hill, Will Newman, J.T Guler, Caleb Jensvold, Lydia Huria, and Jasleen Kaur. All of them will try their chances to go for gold representing SCE against other schools. Congratulations to everybody who got into Math Bowl. They came in 5th Place. 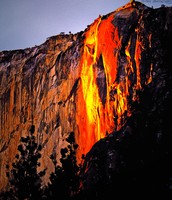 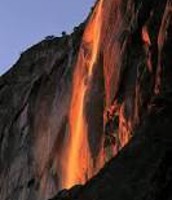 The Horsetail Fall must be flowing. If there’s not enough snow in February, there will not be enough snow to melt which means no waterfall, the water needs to fall at the right time so that the sun can reflect on it giving the illusion that the water fall is made out of fire but if thetemperatures are too cold, the snow will stay frozen and the water will not flow causing no fire fall. The first fire fall in Yosemite Park began in 1872, and continued for almost a century. The Glacier Point is 3,000 feet below in the valley

Addison Hill, Age 9, Creates Solution to Trash Around the School

On Friday, February 17, students were studying science in their science books. Mrs. Lawrence was reading an article about nature and wildlife becoming extinct. Lots of kids were coming up with ideas to prevent the tragedy from happening. One girl, Addison Hill, (age 9) came up with a solution. She decided to create or buy trash cans outside. Even though there are some in the parking lot, those are off limits to students. Then, she separated the kids in the class in three groups: Speakers, Researchers, and Fundraisers. Speakers will present the idea to Mr. English or Mrs. Natalie. Researchers will find out research to how we make the trash cans, where, and how. Fundraisers will contact and research and create ideas to help raise money to build and buy trash cans. They will also contact who to help us with the project.

Riddle of the Week:

Riddle: What is big and yellow, and comes to brighten Mom's day?

Answer correctly, and you will get featured in the 3rd Edition! First 3 winners will win!!!

Weather From Feburary 24 to March 1

Saturday: Cloudy: 33 degrees; Get those coats and boots! It's not spring yet!

What Are We Doing?