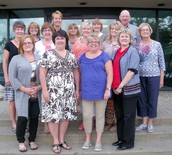 October greetings from the Curriculum, Instruction and Assessment Department of the Muskingum Valley Educational Service Center! Take a look at the resources selected for the month of October.

Do you need to connect with your community or your classroom parents? Spread the word online! Smore.com makes it easy and fun. Smore makes you look like a pro every time. Even if you have zero design experience. https://www.smore.com/

This site gives a detailed description of primary sources you can find at different websites. 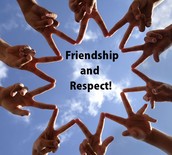 Building student citizenship skills through respect are an important component of any classroom setting. Students will look at gaining and giving respect to each other through interactive literature extensions. The perfect distance learning event for building friendships in the new school year. Cost: $85.00, 30 student maximum REGISTER

Students will examine various math concepts in this “fall themed” video conference lesson. Using a pumpkin, the presenter will facilitate an interactive student lesson on circumference and estimation. Student groups work collaboratively to explore the mathematic concepts and to explain their methods of achieving the answer. Appropriate

literature is used to solidify the topics explored.

This fun and interactive lesson teaches students in grades one through three the value and procedure of estimation. Using the themes of corn and of Thanksgiving, students will learn the difference between wild guesses and reasonable guesses and will learn to make estimation decisions in groups using a variety of different activities. Cost: $85.00, 30 student maximum REGISTER

October PIN of the Month

Me and the Map 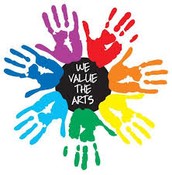 Connecting to the Arts

How do I get students to think at the levels that the Common Core demands? Looking for strategies to connect Common Core with the Arts?

The Arts are the backbone of integrated, meaningful learning. Both the Common Core and Arts standards are built upon practices and big ideas which lead to process learning for all (Susan Riley, EducationCloset.com).

The English Language Arts Writing Standards are key in process learning. Students are asked to create narrative or informational writing. “In the arts, this translates into creating a composition. This could be a painting that reflects an understanding of the foreground and background or it could be writing a brief composition in music showing the use of quarter, eighth and sixteenth note rhythms.” (Susan Riley, EducationCloset.com)

Check out the following resources from the Educator’s Closet that support writing in the Arts classrooms:

Let’s face it; today’s learners are all of us. Technology plays an important role in our learning. As learners we need to be able to use technology for critical thinking, problem solving and other 21st Century skills. As educators, we need to be in the forefront, so we can prepare our students to use 21st Century learning skills. One question that is on everyone’s mind is: What technology will students need for upcoming assessments?

Let's read more about this. 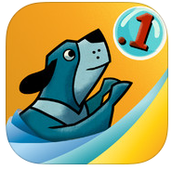 October APP of the Month

Motion Math is a member of Moms with Apps, a collaborative group of family-friendly developers seeking to promote quality apps for kids and families. Recommended Ages: 4-7, 8-10, 11-12

Here is a link to a video on youtube. https://www.youtube.com/watch?v=Suqk5kpcmpc

TeachersFirst’s Classroom Resources includes anything you would use with students in the classroom. You can find over 16,000 educator-reviewed web resources, searchable by subject/grade or keyword. You can also find lesson plans/units, ready-to-go content you can share on student computers, a projector, or interactive whiteboard, and special topic collections of web resources. The site even offers just-in-time collections organized into a classroom planning calendar. All resources are written or reviewed by experienced teachers who know the realities of teaching. http://www.teachersfirst.com/classroom_resources.cfm 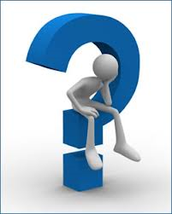 The Art of Questioning: Content to Meaning to Style

How do you develop and sequence questions that lead students through a scaffolding of complex questioning and thinking? 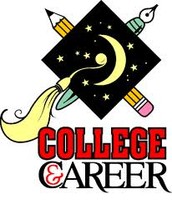 Are you interested in exploring careers with your students? Check-out the Learning Express Library (a part of the INFOhio website resources). Students, teachers, and parents can explore different careers, create resumes and cover letters, and prep for job interviews. This site offers a wealth of free resources to help guide you for future opportunities. Employees of Ohio schools can request that INFOhio establish a username and password specific to the school system. The use of school system accounts will allow students to remember the log in information for the INFOhio web site more easily while away from school.

That's right! If you're at school, you might be able to login without having to type your username and password at all. Just look for the green 'Try Auto Login' button located on pages throughout the site. 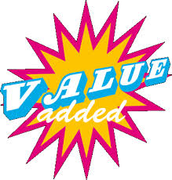 ODE has reported that Overall and Component Local Report Card Grades will be delayed until 2016. Measures will continue to be reported and graded, but no sanctions will occur while the safe harbor provision is in effect.

EVAAS data will become available in late October and teacher reports are scheduled to be out Mid-September. High School VA will be reported in 2015, but not graded until 2016.

* The upcoming Matrix change is that instead of the previous growth calculations of 5-most effective, 2,3,4- effective and 1-least effective, this year’s reports in eTPES will place the 1 & 2 level at LEAST EFFECTIVE.

Click to see a list of the Professional Development sessions the Muskingum Valley ESC Curriculum Department has to offer.

Click to see a list of the Professional Development sessions the Muskingum Valley ESC Curriculum Department has to offer. 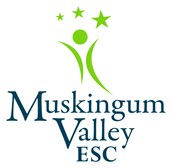 Follow Mary Archer
Contact Mary Archer
Paste in your blog/website to embed.
Aa Aa Aa
High Contrast Mode
Use the box below to choose the language: