Get email updates from Kareem:

Cause- Plessy (P) attempted to sit in an all-white railroad car. After refusing to sit in the black railway carriage car, Plessy was arrested for violating an 1890 Louisiana statute that provided for segregated “separate but equal” railroad accommodations. Those using facilities not designated for their race were criminally liable under the statute.

Characteristics - The states can constitutionally enact legislation requiring persons of different races to use “separate but equal” segregated facilities. 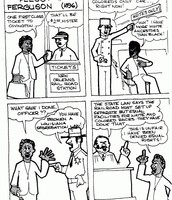 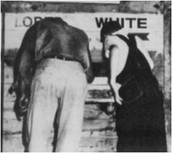 Plessy v. Ferguson is a landmark United States Supreme Court decision in the jurisprudence of the United States, upholding the constitutionality of state laws requiring racial segregation in public facilities under the doctrine of " separate but quality"