Get email updates from joanne:

Women contributed in many ways in the American Civil War. Women worked as soldiers,spies,nurses,suppliers,and abolitionist. Most women worked for the Union but some women did work for the Confederate. Without women soldiers would of have gone through a worse time since women did basically allot for them and some women even risked their life fir their country even though they did not have to.

Women always tried to help as much as they could in like nursing,or suppliers but usually not spies and soldiers but the fact that there husbands were going of to war was what usually triggered women to disguise themselves and serve as a soldier.Nothing specific is shown but of what i have searched women started going of to War since the Revolutionary War started. There were only a few women who would do it back then but I can assume that other women saw this, and lead them to also disguise themselves and serve in the amry which is why when it came to the American Civil War about 400 women served as soldiers.

There were a few issues with women during the Civil War. One was the fact that women were not allowed to serve because as shown with the number of women who served women wanted to be a soldier but they were not allowed to and they had to disguise themselves. Another Issue would be that women sometimes had no choice nut to join the war or help put in some way during war. They had to do something because there was challenges economically and they could not support themselves and their families so they had to earn money some way. Even though maybe they would not of have gotten allot of money but at lest they were paid something to help their families.

Frances Clayton: Frances Clayton Was one of the women who disguised herself to be able to serve in the Army. She used the name Jack Williams to be able to sign up to serve. Frances served for the union. She fought in 18 battles. She was wounded and discovered a couple times but always enlisted again. She was also a cavalryman.

Jennie Hodgers- She was also a soldier for the Union. She served for three years. Jennie was in the 95th Illinois Infantry since she was from Illinois. Jennie fought in about 40 engagements. She was known as a good soldier. She was also one of the women sho stayed a man even after the War.

Loretta Janeta Velazquez- Loretta was married women and joined the Confederate Army in 1861 after Texas seceded as Harry T. Buford. She was told by her husband she could not but she still did it. She got the self- awarded rank of lieutenant. This means she was very successful,she actually formed her own regiment and raised the volunteers and was their commanding officer. She even lead her regiment to the battle of Bull Run as an independent soldier but then met up with another regiment their.

Harriet Tubman- Harriet did many things to help the Union during the Civil War. She was a spy nurse and cook during the War. Harriet was the first women in the country to leas a military expedition. She was also a big abolitionist . She helped many slaves escape and once the slaves were escaping she would never let any of them go back or of not she would kill them. Harriet was even part of the Harper ferry raid. The way she contributed to the Harper ferry raid was she helped John Brown plan the raid that night. Since she was a spy, that is probably how she was able to help plan how John Brown was going to attack or take the supply.

Annie Ehteridge - Annie helped the Union in the Civil War by being a nurse and supplier. She enlisted to be in the" Daughters of Regiment " in the 2nd Michigan Infantry. She then became on the important women in the "Daughters of the Regiment". Annie did not fight but she did allot for the army she even revived a horse and was going to receive a rank or sergeant but did not anymore.Overall, she contributed allot , was very brave because she would even march with regiment ,and was a big help for the soldiers for food, clothing, etc

Clara Barton- Clara was a nurse and supplier for the Union at battles during the War. She was very special she even got paid more than the males. She actually contributed a lot of supplies and she would transport these supplies. Sometimes some of the supplies were from money she had raised herself for the army. She was such a good nurse and supplier the soldiers even called her " angel of the battlefield".

Nurses had very few tools to work with during the time period and setting.

Gloves socks and other clothing were all sewed by women 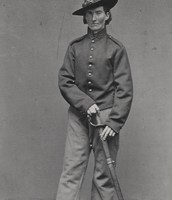 This is a picture of how Frances looked like disguised as a man when she was i the Army. 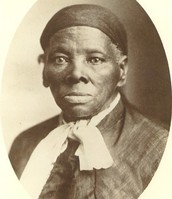 She was very important during the Civil War especially with slaves because she was a abolitionist,nurse,and a spy 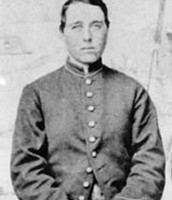 This is a picture of how Jennie looked as man. This is how she disguised themselves to be able to be in the army.

Follow joanne garcia
Contact joanne garcia
Embed code is for website/blog and not email. To embed your newsletter in your email, click HERE to see how or reach out to support@smore.com