To provide an educational experience to all.

To provide an educational experience to all. 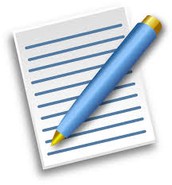 It’s said that over 130 million people worldwide from ages 15 to 24 can’t read or write. Also, 781 million adults on the planet are illiterate because of a lack of education in their past. ("11 Facts about Education around the World." Dosomething.org. N.p., n.d. Web. 9 Mar. 2014.) These people may not be able to get fulfilling jobs later in life. 115 million kids do not attend school because they do not have the time, money, or a place to go to school. ("Statistics in Category: Education." Nation Master. N.p., n.d. Web. 11 Mar. 2014.)

22 countries in the world have a population that contains illiterate adults. 31 million kids that are going to school have left because of other things in life. ("Statistics in Category: Education." Nation Master. N.p., n.d. Web. 11 Mar. 2014.)

Rural country students are twice as likely to leave school than kids in Urban countries. Children with mothers that went school are less likely to be malnourished. ("Education Facts." Compassion. N.p., n.d. Web. 11 Mar. 2014.) In sub-Shara, 11.07 million kids do not attend school. Boys are more likely than girls to repeat grades. If a student attends school, their income will increase for every year in school. ("11 Facts about Education around the World." Dosomething.org. N.p., n.d. Web. 9 Mar. 2014.)