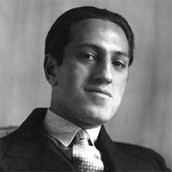 George Gershwin was born in Brooklyn, New York on September 26th of 1898. His birth name was Jacob Gershowitz. When Jacob was young he played classical and modern tunes by ear on his brother Ira’s piano. Ira would later become a famous singer and would do collaborations with George. He quit school in 1913.

His first major musical successes in in 1919. 5 years later, over a span of 3 weeks he wrote his most popular piece, well known to the instrumental music world “Rhapsody in Blue”. He was made famous also for his ability to use jazz patterns and elements in classical music. He wrote many other songs in his lifetime including “Summertime” which was later covered or redone by many singers and groups including Billie Holiday and the modern group Sublime. He also wrote operas and musicals. One of his more famous operas that was still popular in 2003 was titled Porgy and Bess.

At one point in his life he was in love with Paulette Goddard. At the time when George loved her she was married to famous actor Charlie Chaplin. He was deeply frustrated that she would not leave Charlie. George died in Beverly Hills, California on July 11th, 1937. He died because of a brain tumor 5 hrs after surgeons attempted to remove it from him. He had two funerals. One in New York, and the other in Hollywood. 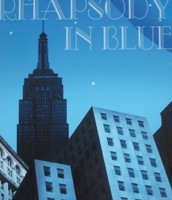 Rhapsody in Blue was his most famous musical piece and is still performed by top bands today. 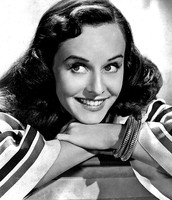 Paulette was the wife of Charlie Chaplin but George still loved her and wanted to marry her. She refused to leave Charlie for George 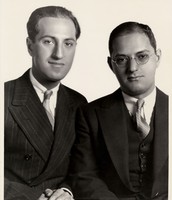 George Gershwin (left) also collaborated frequently with his brother Ira Gershwin (right) who was a famous lyricist at the time.

George Gershwin brought new and interesting ideas to the world of music that are still used to this very day.