Tris Prior used to think she lived in a "normal" city. That having everyone split into factions based on their personality was how the whole world worked. In the book, Allegiant, by Veronica Roth, Tris gets a dose of reality when her entire civilization is shattered, and in war. She and a few of her friends from her faction came together and decided to escape the city. There were many guards blocking their way out of the city, and many died just on their way out. The group is shocked as to what they find when they reach the outside world. They end up finding a small group of people from an institution, and seek shelter and information from them. As Tris and Tobias continue to ask questions and slowly retrieve answers, they find that the institution made their city to improve genes in people. Their entire lives were lies. Tris and Tobias soon find that the institution had been watching them. Everything. There were cameras all over the city. They knew then that something was wrong, and that they would have to do something about it. As they struggle to choose sides, they realize that they can't trust many of the people they meet. The entire survival of the city, all of their loved ones, and friends are depending on them. What is the institution planning that could mean destruction to everything they have ever known or loved? How will they stop them? Are they even on the same side anymore? Read Allegiant, by Veronica Roth to find out.

"There are so many ways to be brave in this world. Sometimes bravery involves laying down your life for something bigger than yourself, or for someone else. Sometimes it involves giving up everything you have ever known or ever loved, for the sake of something greater. But sometimes it doesn't. Sometimes it is nothing more than gritting your teeth through pain, and the work of every day, the slow walk toward a better life. That is the sort of bravery I must have now." 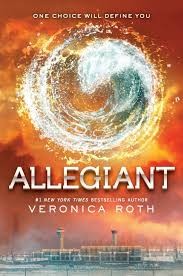 The conflict of Allegiant was that Tris and Tobias were trying to save the people in their city from mass destruction that the institute was going to cause. They were attempting to choose sides, not knowing which to choose because of how deceiving the people they came across were. Whether they lived or died, they planned on defeating the institute. 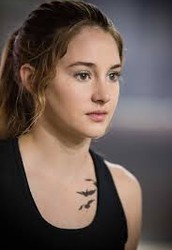 Tris is very outgoing and brave. She is strong-willed and hates showing weakness. At times she is selfless. She is these things because of how she was raised; in a city that placed her where one personality was most fitting.

In the series, tris is described as a sixteen year old girl with dirty blond hair and later, she gets three tattoos of birds representing her family members. (It does not say much about her appearance in the book) 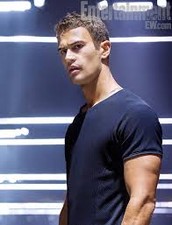 Tobias is very stubborn, brave, and fearless. Like Tris, he hates to show weakness, and always wants to be right.

Tobias has brown hair and brown eyes. The book describes him as tall. 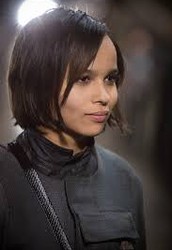 Christina is very honest because of where she came from. She is also very understanding and forgiving.

The book does not describe her physical appearance very well. The book shows that she has black hair and brown eyes.

The genre of Allegiant is fiction.