Get email updates from Harley:

Sally was born on May 26, 1951 in California. She became the first woman in space on June 18, 1983. Even though Sally didn't die while she was working she still didn't of natural causes. Sally got pancreatic cancer and later died on June 23, 2012.
l

Sally was born on May 26, 1951 in California. She also got a degree in physics at Stanford University in 1973 through 1978. She became the first woman in space on June 18, 1983 called the STS7 space shuttle mission. She flew in another shuttle one year later. Sally stopped working for NASA three years later. After she stopped working for NASA she taught mathematics in a school in California. Before her death on June 23, 2012 of pancreatic cancer she was put Astronaut Hall of Fame (2003).

Sally while she was in the spaceship. 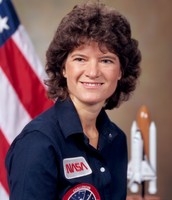 Sally after she went into space. 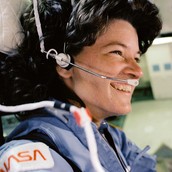 Sally on her way to the capsule.

This is Sally at the Astronaut Hall of Fame.

This is Sally and all the people she was competing with to get her spot at going to space.