Gunnr is using Smore newsletters to spread the word online.

Get email updates from Gunnr:

Bless the Beasts and Children

Bless the Beasts and Children

I fell that the theme of this novel is to not take people for granted. The "Betwetters" seem like very powerless people that can't possibly be good at anything. But, they help save the buffalo and show heroism. So, they actually become heroes of the buffalo but everyone else thought the y were good for nothing.

One allusion is when the "Bedwetters" are in the bar in Flagstaff. “Musicians, huh. You got a name?”

“Then we changed to After Death,” said Goodenow " but that was too morbid" "What're ya now?" "The Before Christ," page 54 and 55. This is a biblical illusion referring to the time before Jesus Christ. 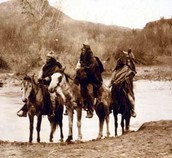 My final allusion is the names of the cabins, which are named after Native American tribes. One example is the Apaches, "One morning in the sixth week the Apaches and Bedwetters...headed for Havasu Canyon." The Apaches are a name of the toughest cabin in this book, and they were the toughest tribe in real life. The allusion is a historical allusion to the time of tribes.

John Cotton and Jesus both have a lot in common. First of all, they both have the initials JC. They also care about others very much. In chapter one the first thing Cotton does when he wakes up is check on everyone and this shows he put others first. Also Cotton and Jesus are both great teachers. When the car breaks down the Bedwetters have to choose too go on or turn back and everyone looked at Cotton for the answer. John shows the Bedwetters that they don't need him for everything and that they can be independent and make decisions without him. He does this to make the Bedwetters more prepared for when they go back home. So, Jesus and John Cotton are very alike. 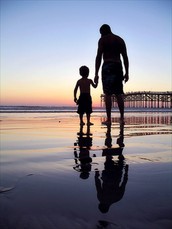 If I was the parent of Lolly 2

Lolly 2 is described as a very lonely child. In the flashbacks you can tell that his parents don't care about him much and are gone half the time. He is so lonely that he has imaginary friends in their parents sauna and he sleeps in there with them. If I were his parent I would start by being there for him more and spending more time with him. What Lolly 2 needs is somebody to talk to and love him. I think this would help with his neglect problem.

The Bedwetters and the Buffalo

The Bedwetters and the Buffalo have a lot in common. They are both mistreated. The Bedwetters don't really have the best parent figures in their life and the Buffalo are inhumanly killed by inexperienced riflemen. The boys feel such a strong connection with the buffalo because they understand what they are going through. This is why they all want to help save the buffalo.

I had the most sympathy/empathy for John Cotton, because I understand what it's like to have divorced parents. Now my mom actually likes me unlike his mom. The fact that he was taken from the person that actually cared for him, his stepdad, is what makes me feel most sorry for him.

I fell like two symbols in the book were the names of the cabins and the stereo. The cabin names were symbolic to me because they were more that just cabins. They represented levels in society and how society always picks on the weak. An example is the weakest cabin being called the Bedwetters. Also, I feel like the stereo represented comfort for the boys. It represented the parent that they didn't have in their lives to comfort them.

In this novel I think the journey is more important than the destination. During their entire journey to the buffalo they are learning new things about themselves and each other. They also find out they can be more independent. When they run out of gas and they have to decide if they should turn back or keep going. Cotton shows them, by using reverse psychology, that they don't need to follow him and choose what he's doing and that they can be independent. Also, when they are letting the buffalo out they find strength and courage. Especially Lolly 2 he decides to leave his blanket behind, which is a big deal sense he takes it everywhere and it's comforts him. In my life I have learned that this is often better as we'll. When I am working on a tough project I learn about myself and my work effort and if I'm going to get it done now or procrastinate. So I think the journey is better because that is where you learn about yourself and how you attack different problems.

Gunnr is using Smore newsletters to spread the word online.