The Nightmare by Henry Fuseli

The Sleep of Reason Produces Monsters by Francisco Goya

in this painting we see a person who has either fallen asleep or is putting her head down in sadness. We see owls, bats, and one lynx. Since the owls and bats are nocturnal animals, they could represent the "problems" this person has that keeps her up at night. And the Lynx could represent the nobles watching the peasants closely. And how it keeps a close eye on this person but it's at the back of their mind. During the 19th century, the industrial revolution was going on and more people were able to get jobs. Even women and children. Many children were dying due to the fact that there were no safety precautions. This could be the reason why the animals are surrounding this person. 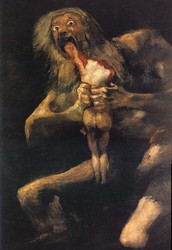 Saturn Devouring One of his Children by Francisco Goya

In this painting we see that the child that Saturn was devouring had adult features. The child had a full grown adult body. From the way that Saturn is holding him, it shows how much larger he is which symbolizes power. This was painted during the Industrial Revolution in the 19th century. This shows how technology was taking over and devouring us as a culture. 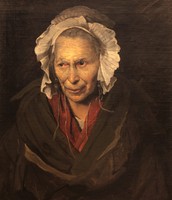 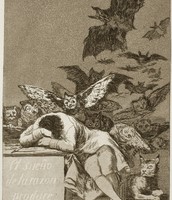 The Sleep of Reason Produces Monsters

Follow Mr. Crosby
Contact Mr. Crosby
Embed code is for website/blog and not email. To embed your newsletter in a Mass Notification System, click HERE to see how or reach out to support@smore.com