The three main types of meteoroids are:

* Iron, made of iron

*stony, made of stone

*Stoney-iron, a mix of both stone, and iron.

Most meteoroids come from the asteroid belt. for a meteoroid to revolve, it would take somewhere around six earth years.

where do meteoroids originate from?

Where meteoroids came/originated from is not 100 percent clear. But, it was speculated by scientists that they were formed by:

* When the solar system was created 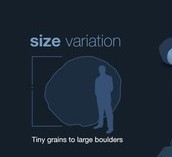 What is the average size of meteoroids?

After you've seen a shooting star or a large rock in a museum that burned up in the atmosphere, have you ever wondered how big they are/were, and/or how much they weigh?

Before, scientist had to make rough approximations on how big one was. By, how many light years away it was, and if it was as big as an average star. After all that calculating one came out to be the size of a grain of sand. But, can vary and be bigger than that by a few millimeters.

Do meteoroids have rings?

A ring, or ring system is a disc/ring that orbits an astronomical object that is made of solid material, such as dust or moonlets. it is a common component of satellite system around giant planets

although meteoroids are solid objects, they do not have rings. But recent evidence suggests that ring systems may be found around other types of astronomical objects, including minor planets, moons, and brown dwarfs.

Do meteoroids have moons?

* the fastest of the meteoroids can travel up to 42 kilometers a second, or 26 miles per second

*A small amount of meteoroids fly on a path that goes into the Earth’s atmosphere and then back out again, which are known as Earth grazing fireballs.

What are at least two missions that have explored it and the date the mission launched.