Jazmin is using Smore newsletters to spread the word online.

Get email updates from Jazmin:

By: Jazmin Castillo 1B

By: Jazmin Castillo 1B

Facebook is a social network service created by Mark Zuckerberg on February 4, 2004. On October 1, 2005 Facebook expanded world wide, and later expanded on to Australia to New Zealand around 2005. Facebook was then allowed for anyone 13 and older in 2006. Years later, Facebook growth was spread out within the world! 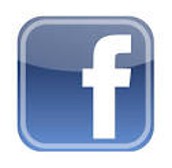 At age 12, Mark had a very high interest in computers. His motivation was to create new programs in computers. Once during his early age, he was able to create a new game with the help of his artistic friends. After graduating, Mark begin to think of creating a social media that would allow users to create their profiles, upload photos, and communicate with other users. By the end of 2004, Facebook had become popular.

According to a recent study, people want to get attention on purpose to get more ''followers'' . Another reason, is that people also want to chat with their friends on their phones than to have to talk to them face to face.

Facebook also is the motivation of having the opportunity of meeting the wants of its users. This function is based on fulfilling its users wishes. Another function this social media fulfills is having to compete with other social media such as: Instagram, snap-chat, and twitter. they try to add new things to make it more popular than the other social media.

Jazmin is using Smore newsletters to spread the word online.