Learn about one of the worlds greatest mythological mysteries...

The Loch Ness Monster A.K.A Nessie, is a scottish myth of a giant mythical beast that lives in the Loch Ness. It has been described in several acounts as about 30 feet long with a huge neck. It is said to have two sets of flippers to help it move at its super speeds around the Loch. It has rough non-scaly skin with a powerful yet graceful body. It is brown and green in color with a thick tail, round oval eyes, and three humps on its back. Usually it is noticed by the ruccus it makes in the Loch creating huge waves although it can become very calm and peaceful. The Loch Ness Monster has actually been said to look like a Pleiosaria, a type of marine dinosaur.

Photos of the beast 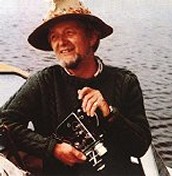 Stories of sightings and History of the beast

The modern legend of the Loch Ness Monster originated on may 2nd, 1933 when a local couple claimed to have seen " an enormous animal rolling and plunging on the surface." There are dozens of references to the beast in Scottish history dating as far back as A.D. 500 when local Picts carved a strange aquatic creature into standing stones near the Loch Ness. The earliest known reference to the monster was in the 7th century when Saint Columba ( the irish missionary who introduced Christianity to Scotland ) and it's monks were on the banks of Loch Ness. One of the monks was sent to swim across the Loch to retrieve a boat moored on the other side when suddenly an enormous beast arose from the water roaring. It then proceeded to charge at the man mouth open. The actual monk Saint Columba then made the sign of the cross in the ait and commanded the beast in the name of God to leave from their presence, and it did. Some people even spend their lifetime hunting down the beast such as Tim Dinsdale in the photo who took an actual video of the beast which has been proven real. Nessie is rarely seen but greatly believed.

Although the the grand beast is usually spotted in Loch Ness it has actually been spotted on land! One of the best known sightings is from the Spicer family. They were driving home from the Northern part of the Scotland when a gigantic creature with a long arched neck emerged from the bushes on the side of the road. As soon as it was in plain sight of the Spicers vision it shot across the road into the great unknown. Another great land sighting was by Arthur Grant. He was driving his motorcycle at !:00 AM when he nearly crashed into Nessie in the middle if the road. His engine scared it and it shot from the road, across the beach, and plopped itself into the water to disappear. Most people who spot Nessie on land actually describe with almost no neck and having short round feet. The total opposite description as the sightings in the water.