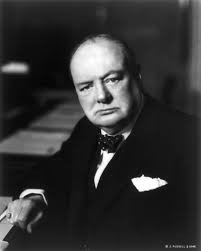 Played a key role in allying the British with the U.S.

He elected to British Prime Minister in October of 1951

Often worked with the the President Franklin D. Roosevelt and the leader of the Soviet Union Joseph Stalin