tylor is using Smore newsletters to spread the word online.

Get email updates from tylor:

Jing-mei and her mother battle with each other throughout the story. Her mother, a Chinese immigrant, wants her American born daughter to become a prodigy.

the narrator is a chinese American girl who is struggling over the identity with her mother, who belives she could do any thing and so she tries to shape her into a chines prodigy so that she can brag to her friends

jing mei argues with her mother about playing piano and how her mother is trying to turn jing into a prodigy, but when the mother gives up jing starts wanting her to keep trying.

"Two Kinds focuses on the mother/daughter dynamic. Because Jing Mei's mother lived an extremely difficult life in China, she pressures Jing Mei to excel in american talent making her a prodigy. 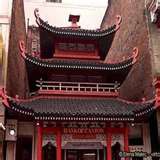 The piano that represents Amys mom letting her know she still belives in her and the two songs which represents the two kinds of daughters that Amy was, (the obediant) and (the disobediant).

In the first part of the story there is a scene in which the daughter sees herself in the mirror. What does she see? What thematic significance could this scene have? How does it relate to the title?
she sees her face staring back and understood it would always be this ordinary face so she cried and she said she was ugly.

tylor is using Smore newsletters to spread the word online.

Follow tylor johnson
Contact tylor johnson
Embed code is for website/blog and not email. To embed your newsletter in a Mass Notification System, click HERE to see how or reach out to support@smore.com
close