"The Forties" by Franz Wright

and in the desert cold men invented the star 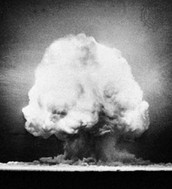 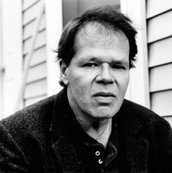 Franz Wright is a critically and commercially loved poet. Wright's main point of writing is fiction, but he often journeys to a political stance. 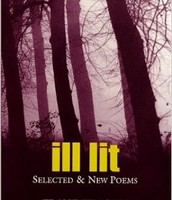 The collection of poems in with "The Forties" appears.

"The Forties" is all based on the making of the atomic bombs in Nevada.

"The Forties" is about the creation of the atomic bombs. This is gathered by realizing that the most historically significant event in the 1940's was World War II. Then, with a quick read of the poem, the word "desert" shows up as an interesting word. During World War II, the testing of the bombs occurred in the deserts of Nevada. To drive home the meaning, the poem ends with the words "invented the star" (the 'star' being the bomb).

The poem notably lacks any emotion. It is almost a deadpan form, which makes Wright's work so much more powerful.

The speaker isn't a person, but more of an omniscient being that has seen man in it's best and worst. The speaker is unfazed by what they see (more to come on that later).

There is only one line in this masterpiece.

It is a free form poem, as it has no rhyme scheme or pattern. Wright likely chose this form of a poem to make it seem like the poem is really just an excerpt from the summary of human's time on Earth.

The story starts with a lowercase, as if it is the continuation of a sentence.

"The Forties" also has no punctuation, which adds mystery to the poem. The lack of punctuation also hints that this story is never-ending, and the folly of man will continue for ages. A notable non-use of punctuation is the wording of "in the desert cold men". This can be interpreted as that the desert is chilly. But, when in context, it can be taken as the men were cold-hearted, ruthless, and moralless for making the killing machines.

The ideas that are gathered through the poem are all gained through association with each other.

The title is significant so that the reader can figure out what the poem is about.

The language in this poem is unusual. The word choice of the whole thing is very cryptic and ominous.

The word choice is pretty regular. There are no words that require looking up.

The mood of the poem is dark and creepy. With the word "cold", it makes a spooky mood.

The entire poem is an allusion to the creation of the atomic bomb.

Wright's use of the word "star" is an interesting metaphor. It is a metaphor relating to the atomic bomb.

There is no rhyme scheme within this poem. It leads to a disconcerting effect.

There isn't any rhythm, but the lack of rhythm adds to the feeling of the poem.