issabela is using Smore newsletters to spread the word online.

Get email updates from issabela:

Hawaii's Climate is a tropical since it is on an island,it lies near the Pacific Ocean.American State of Hawaii,which covers the Hawai'ian island it experiences many climate changes and weather.

This is the weather of all Hawaii and the coast of the other islands you can see that they are very humid.

These are the climates and the colors that represent the weather.

This is an image of hawaii which is beautiful.

There are only two seasons in Hawaii summer from May to October and winter from November to April.The average temperture during summer is at sea level 85 degress.The winter average temperture is 78 degress.It's highest temp.is 80 degress and it's lowest is 72 degress.The rain fall is 204mm and (8)inches of water.

This is Hawaii's rainfall image.

Hawaii rain map shows the inches of rain there is during the years.

Hawaii's winter is not that cold it's the same as summer but a little colder.

Hawaii's Elevation in (ft) 3,030 it's highest point is Puu Wekiu Mauuna Kea.Elevation in general is 13,796 and that's in sea level.

These are the islands of Hawaii and they show the elevation in all.

This shows Hawaii's elevation during the years.

These are all the islands and they show the elevation and the colors they represent.

Hawaii's most important lines are 156 west longitude in one direction and 19,20,21,and the last one 22 degress North.The lines fall on Oahu and the Big Islands. 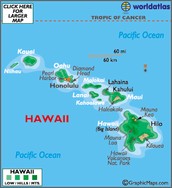 Hawaii's location is north and it shows were all the islands are facind lines.

The navigations of the Hawaii island. 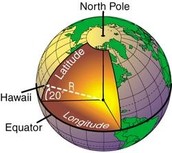 The Hawaii is near the equator which it is very humid but still has rainfall.Hawaii is facing North.

issabela is using Smore newsletters to spread the word online.